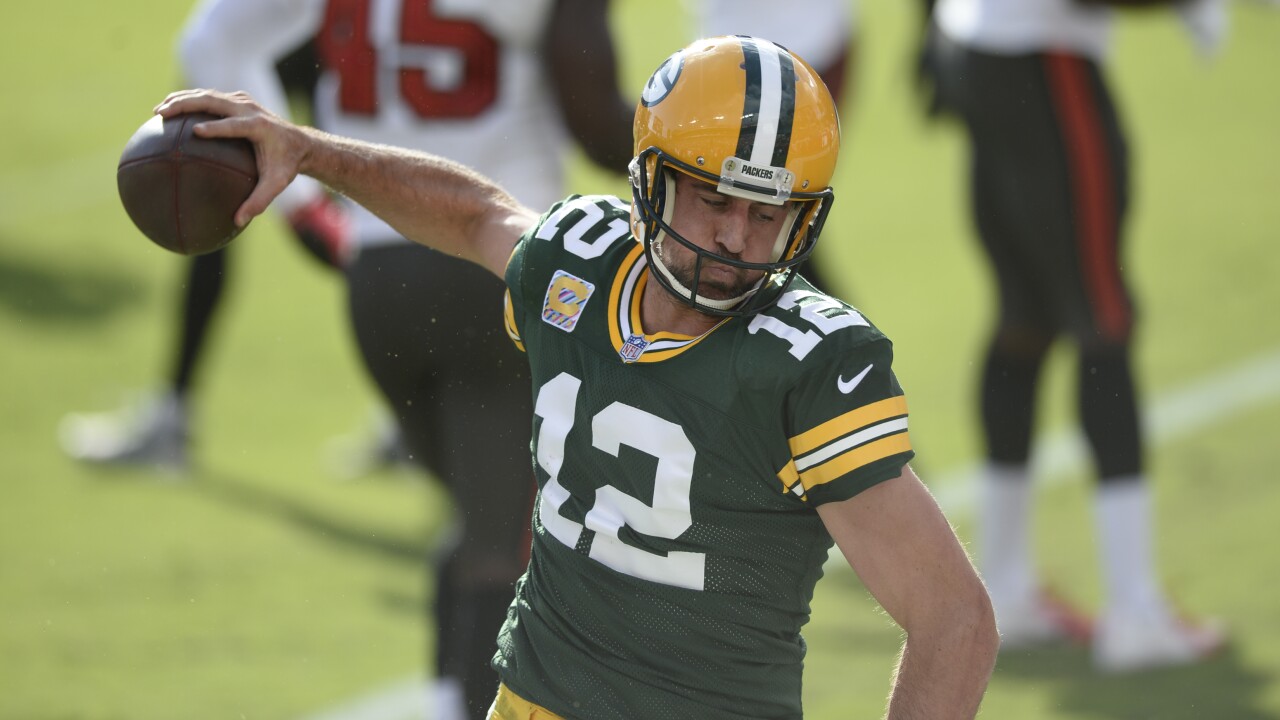 Jason Behnken/AP
Green Bay Packers quarterback Aaron Rodgers (12) spikes the football after he through he scored on a run against the Tampa Bay Buccaneers during the first half of an NFL football game Sunday, Oct. 18, 2020, in Tampa, Fla. The play was overruled. (AP Photo/Jason Behnken)

GREEN BAY — Aaron Rodgers gave a nod to "Key & Peele" Sunday after he thought he made a touchdown in the first quarter of the Packers' lopsided loss to the Tampa Bay Buccaneers.

Rodgers thought he scored a touchdown after a 6-yard scramble in the first quarter, but the referees eventually ruled that he was down short of the goal line.

However, before that announcement, Rodgers took a little time to celebrate the move by doing the "double pump."

Aaron Rodgers took a hard hit in the end zone, then he immediately got up and hit them with a "double pump." Absolute savage 😂 pic.twitter.com/fjDOyKSnrz

Troy Aikman was a bit confused in the booth following the celebration, but fans of Key & Peele figured it out right away.

If you don't know what we're talking about, click here for some context.

While the celebration was a little premature and the touchdown ended up being short, the Packers still got the seven points during the next play thanks to Aaron Jones.

However, that touchdown would end up being the last scoring play of the game for the Packers as the Tampa Bay Buccaneers rattled of 38 unanswered points.