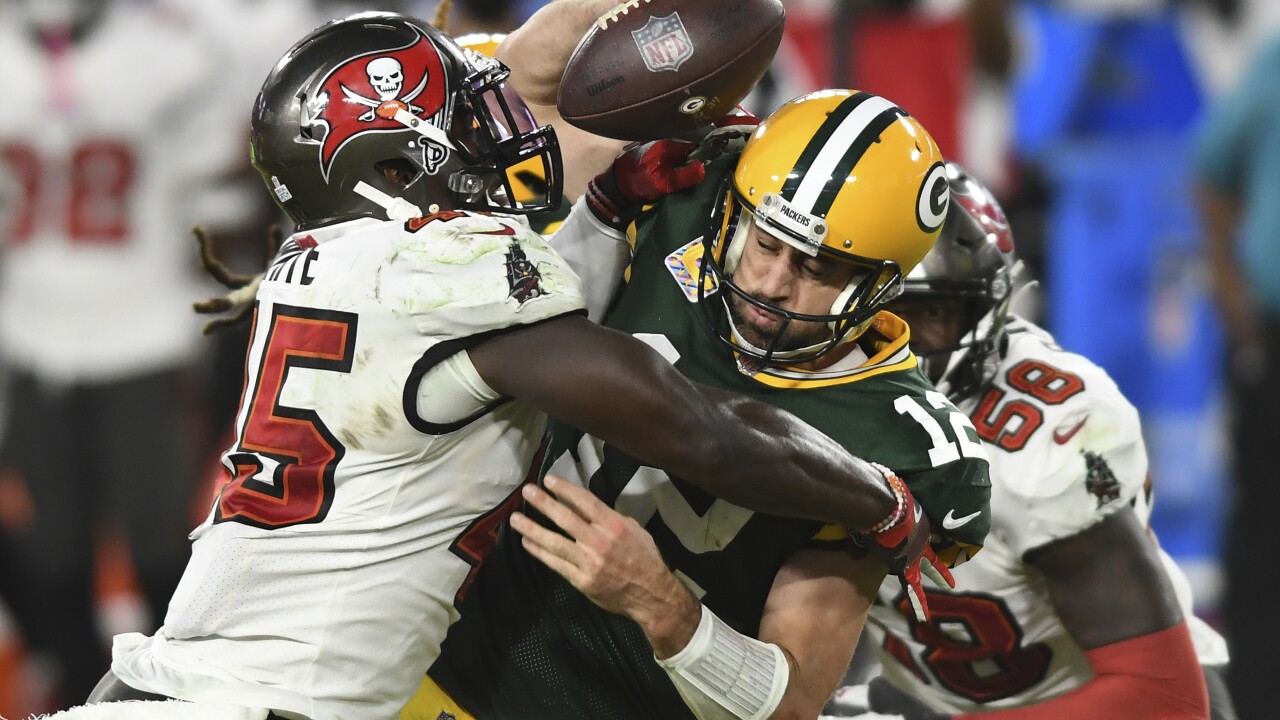 TAMPA, Fla. (AP) — Things had been going so smoothly for Green Bay that Aaron Rodgers figured the Packers were due for a dose of reality.

The NFL’s highest-scoring offense was virtually unstoppable through the first four weeks of the season and the opening quarter of a 38-10 loss to Tom Brady and the Tampa Bay Buccaneers.

The last three quarters showed it’s a lot tougher to move the ball and score at will than it seemed during the team’s best start since 2015. Brady outplayed Rodgers, but the real story was the job the Bucs defense did on the Packers after Green Bay built a 10-0 lead.

The Packers' next game is Sunday, October 25 against the 1-4 Houston Texans.