Aaron Rodgers, Bill Belichick have high praise for one another in mic'd up video 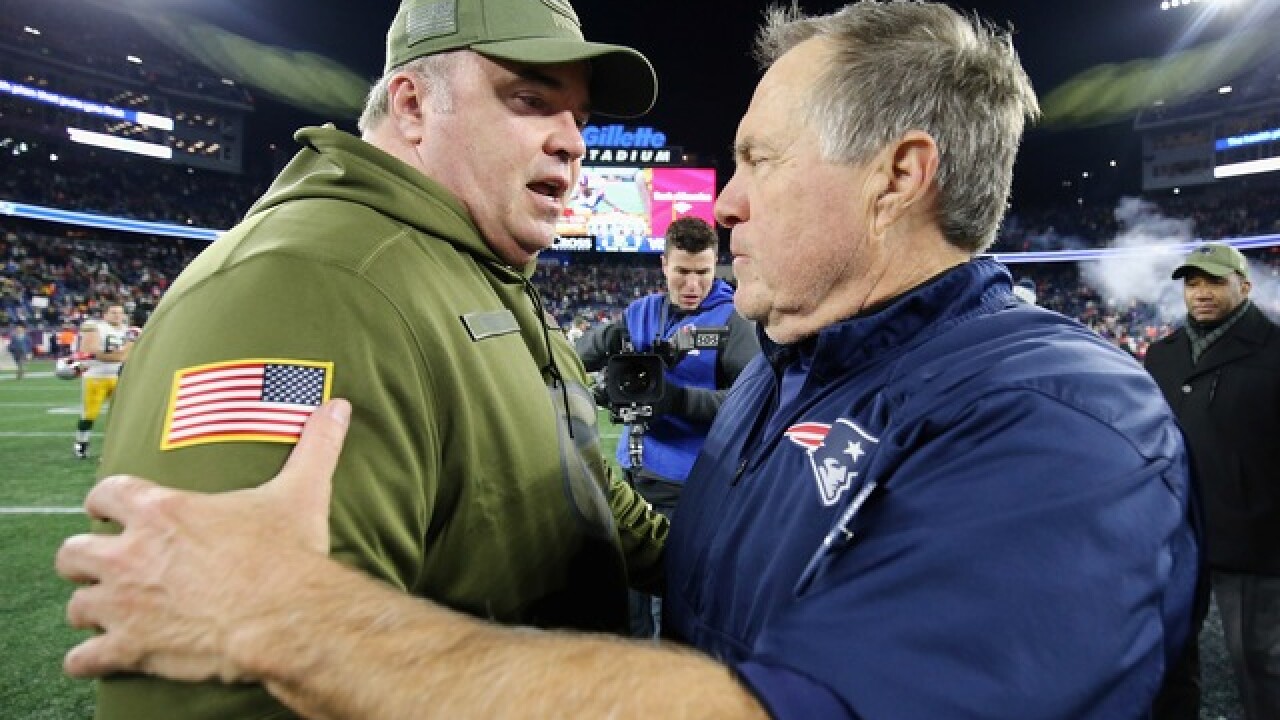 The Patriots coach was mic'd up by NFL Films to give an inside look to their recent game against the Rodgers-led Packers.

The video is about four minutes long and contains a lot of great soundbites, the most notable of which came toward the end.

Aaron Rodgers: "You're the best."

Bill Belichick: "No, you are."

Rodgers' approaches Belichick after game and calls him "the best." To which Belichick responds with, "No, you are."

No response has been made on the part of Tom Brady as to if he also thinks Rodgers is the best.

The Packers return to Lambeau Field for the first time in almost four weeks as they host the Miami Dolphins this Sunday.