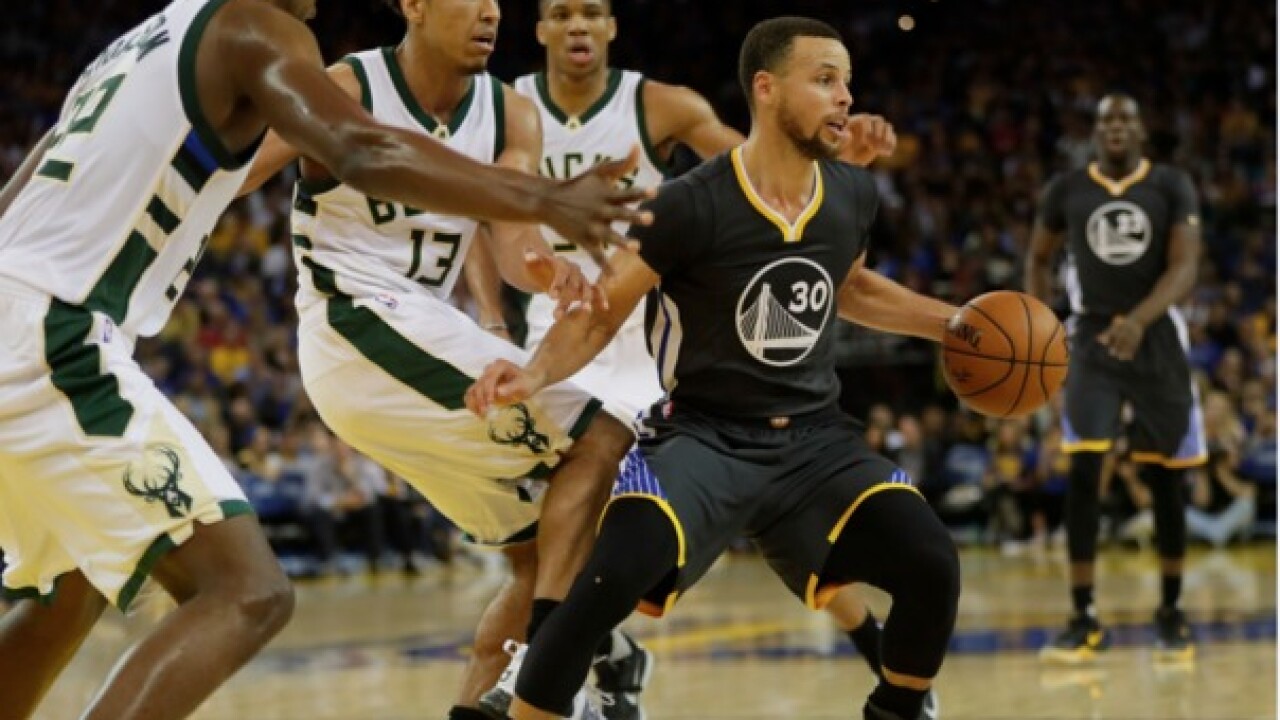 The Golden State Warriors are simply rolling over teams right now in the early stages of the NBA season. They are 10-1 heading into Thursday’s match-up with the 8-2 Milwaukee Bucks.

But superstar Stephen Curry said in a San Francisco Chronicle article that this game may be tougher than their previous tilts. Curry even went as far to say he sees a lot in common with where the Bucks are now, compared to where the Warriors were in 2014.

“Very similar to four years ago here,” Curry told the Chronicle. “A change of scenery sometimes helps. You get a little boost of energy, a little shift of focus and perspective, and that little bit of difference can unlock something.

“It’s still early, but they’re taking care of business like they should.”

The MVP also had impressive compliments for Bucks' star Giannis Antetokounmpo, who is making his own MVP case for the 2018-2019 season.

“Some of the stuff he does,” Curry told the Chronicle, “your jaw drops the way he covers ground in a few strides and the way he finishes in the paint.”

Kerr also had complimentary words to say ahead of Thursday’s match-up against the Bucks.

“They’re having a phenomenal start to the season,” Kerr told the Chronicle. “They’re one of the best teams in the league.”

The Bucks are 2-4 against the Warriors in the last three years, but they handed Golden State their first loss of the 2015-2016 season (the Warriors won a record 73 games that season).