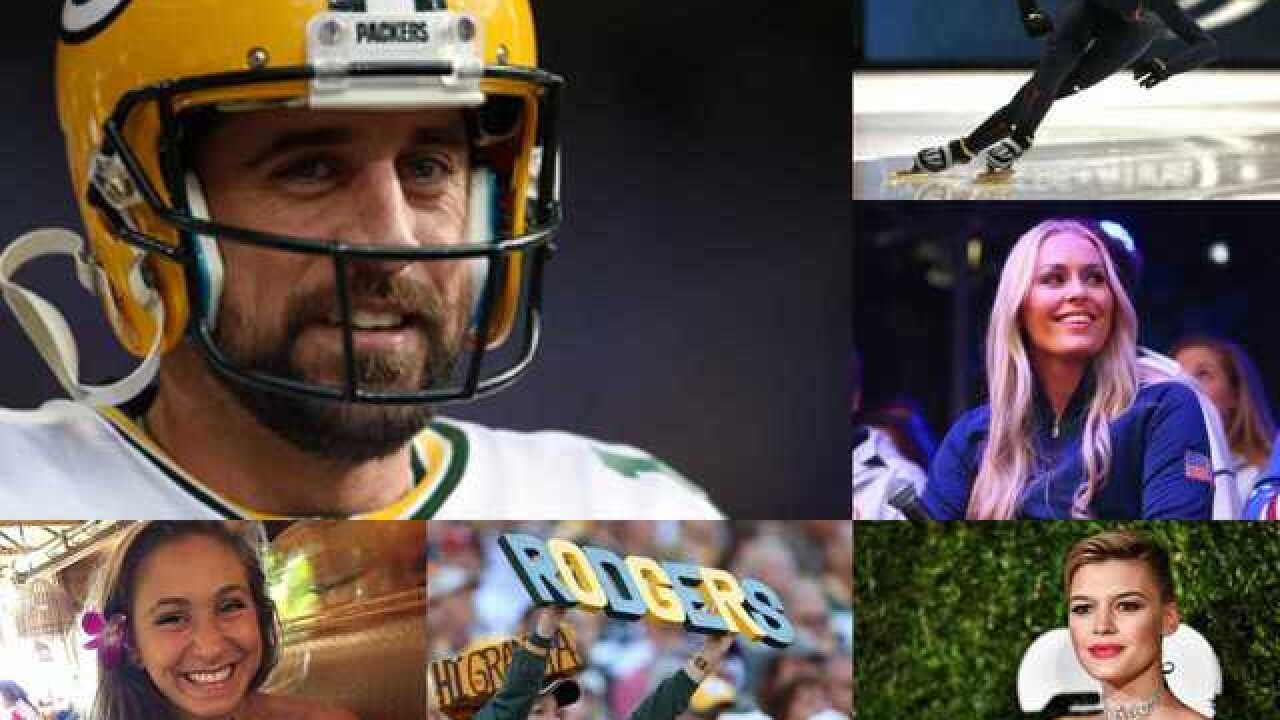 Dating rumors are circulating about Green Bay Packers heartthrob Aaron Rodgers and retired NASCAR driver Danica Patrick, but even if it's true, is that the best choice for our favorite quarterback?

According to a gossip blog, the two were seen enjoying dinner together in Green Bay  after Christmas, and apparently, things got a little "handsy."

And why not? Rodgers has been single since spring of 2017 after his relationship with longtime girlfriend Olivia Munn  went south. And in December, Patrick's relationship ended with fellow NASCAR driver and boyfriend of 5 years, Rick Stenouse.

They're both single, athletic, good-looking, so there's no reason to wave the caution flag, right?

Not so fast. Patrick is a Bears fan! She may have been born in Beloit, Wisc., but she grew up in Roscoe, Ill.

Patrick explained in an interview last year that she was born a "Cheesehead," but loves all things Chicago.

Talk about a conflict of interest!

We're here to help. Here are five women who appear to be single that Rodgers could also consider.