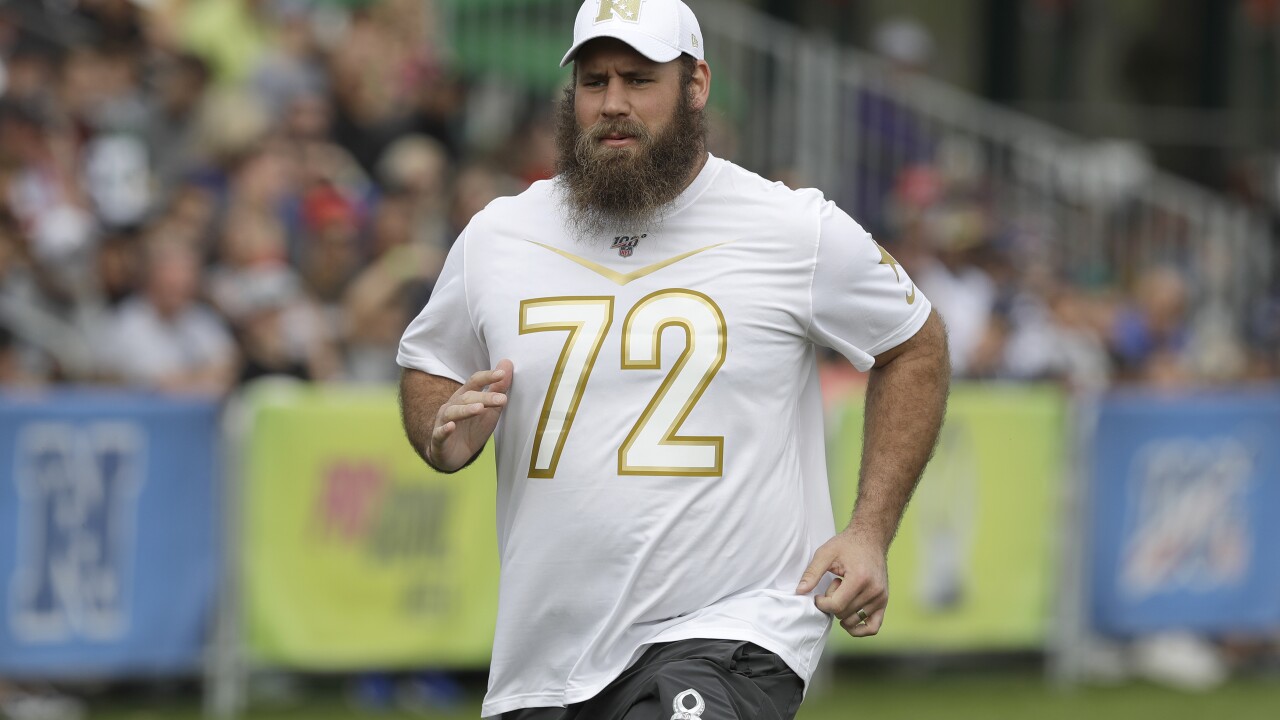 The 29-year-old was selected first-team All-Pro in 2016, second-team All-Pro twice, and named to five Pro Bowl teams in seven years with the Dallas Cowboys.

Frederick missed the 2018 season after he developed Guillain-Barre Syndrome, a condition that causes muscle weakness.

In a statement, Frederick said that experience caused him to "reevaluate my life priorities."

"Facing the potential end of my career because of my illness forced me to imagine life after football," Frederick wrote. "After months of contemplation, I not only accepted that moment but I also, surprisingly, found myself welcoming the moment. I was ready for the next stage of my life."

After the illness, Frederick returned to play last season and was named to the Pro Bowl. However, in the statement, he says it was "a difficult year" and "playing 'well' is not what I expect of myself and is not what my teammates deserve."