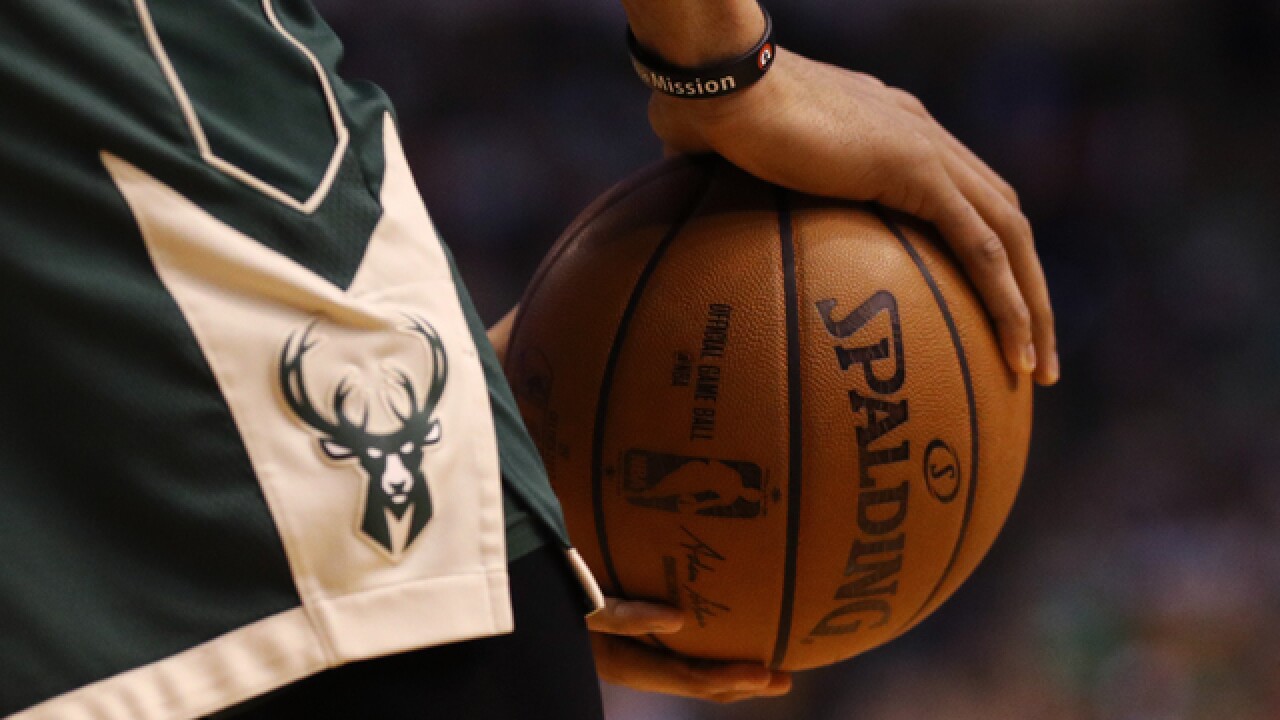 Copyright 2018 Scripps Media, Inc. All rights reserved. This material may not be published, broadcast, rewritten, or redistributed.
Maddie Meyer
BOSTON, MA - APRIL 28: A detail of Giannis Antetokounmpo #34 of the Milwaukee Bucks' hands during the first quarter of Game Seven in Round One of the 2018 NBA Playoffs at TD Garden on April 28, 2018 in Boston, Massachusetts. (Photo by Maddie Meyer/Getty Images)

With superstar Giannis Antetokounmpo, a roster full of young talent on a playoff caliber team, and a brand new arena, the Milwaukee Bucks head coaching job should be the best available on the market.

According to ESPN analyst Brian Windhorst, it's not.

"Here is the issue with the Bucks job. One year from now, Owner Wes Edens will turn control over to Owner Marc Lasry," Windhorst said. "So, a coach comes in. Yes, he gets Giannis. He knows that, but the coach doesn't 100 percent know that when the ownership thing revolves whether or not that owner is going to be on board with him."

This lead Owner agreement has been part of the ownership agreement ever since the new triumvirate took control, and now it's causing some coaches to get cold feet.

"That's a big factor for these guys coming into this job," Windhorst said. "And that's something the Bucks are going to have to alleviate when they have these interviews. 'Hey, how is this going to work in a year? Are you, who is sitting in the back of the room right now - when you are sitting in the front of the room, are you going to fire me?' That's a legitimate question."

ESPN Milwaukee's Eric Nehm, who shared the transcript, added that when questioned by Rachel Nichols, Windhorst didn't back down.

"Rachel, I am not speculating," he said. "I am telling you what coaching candidates are saying."

According to ESPN's Adrian Wojnarowski, some of those potential coaching candidates include Steve Clifford, Mike Budenholzer, Monty Williams, and David Blatt.

That is not a short list, just an opening list of names that could evolve throughout the process.

Budenholzer is considered the early favorite by some. He has coached the Atlanta Hawks since 2013 but was fired after the conclusion of this season after the team posted a 24-58 record.

In his tenure, the Hawks made the playoffs four times--made it to the conference semi-finals once--and posted a 213-197 overall record.