'This is our city': Thousands march with the Milwaukee Bucks in peaceful protest Sunday 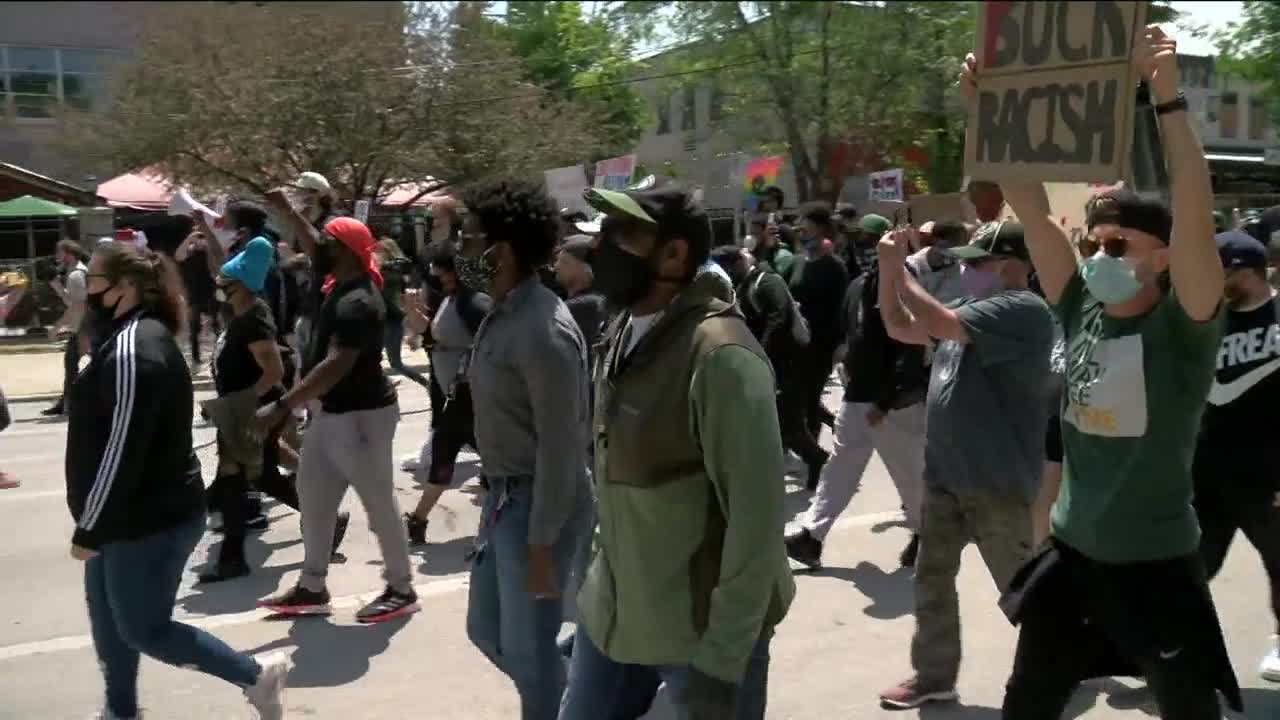 A 64-year-old Shorewood woman was taken into custody again Sunday night on new charges of battery to a law enforcement officer and resisting an officer.

Thousands of people marched alongside the Bucks players throughout downtown Milwaukee on Sunday afternoon, calling for an end to racial injustice in a protest led by the organization.

Bucks players, coaches, and staff organized a public protest that marched from Fiserv Forum to Veterans Park, where officials say it drew about 7,500 people.

Bucks guard Sterling Brown led the march alongside his teammates, including Giannis Antetokounmpo, one of several players who also took part in demonstrations on Saturday.

Giannis later tweeted, "I’m proud of all the people who came out to support this movement for change with me, my teammates and my family! This is our city, these are our streets and this is bigger than basketball!"

In 2018, some Milwaukee Police officers faced discipline after Chief Alfonso Morales said they "acted inappropriately" when they detained and tased Brown outside a Walgreens.

Jeremy Bradley kept that in mind as he walked with the group.

"I think that that shows unity, it shows that they understand what's going on," Bradley said. "It probably struck a nerve that it happened to one of their own."

Bradley said he has experienced what he calls unfair treatment by police in another state. He wants to see more accountability in his hometown of Milwaukee.

"We need a group of civilians that don't have any ties to any law enforcement or judges to police the police," Bradley said.

Jerry Adams and Doug Kay have been friends for 20 years. They came to the march separately, but spotted each other amongst the enormous crowd. They then started marching together.