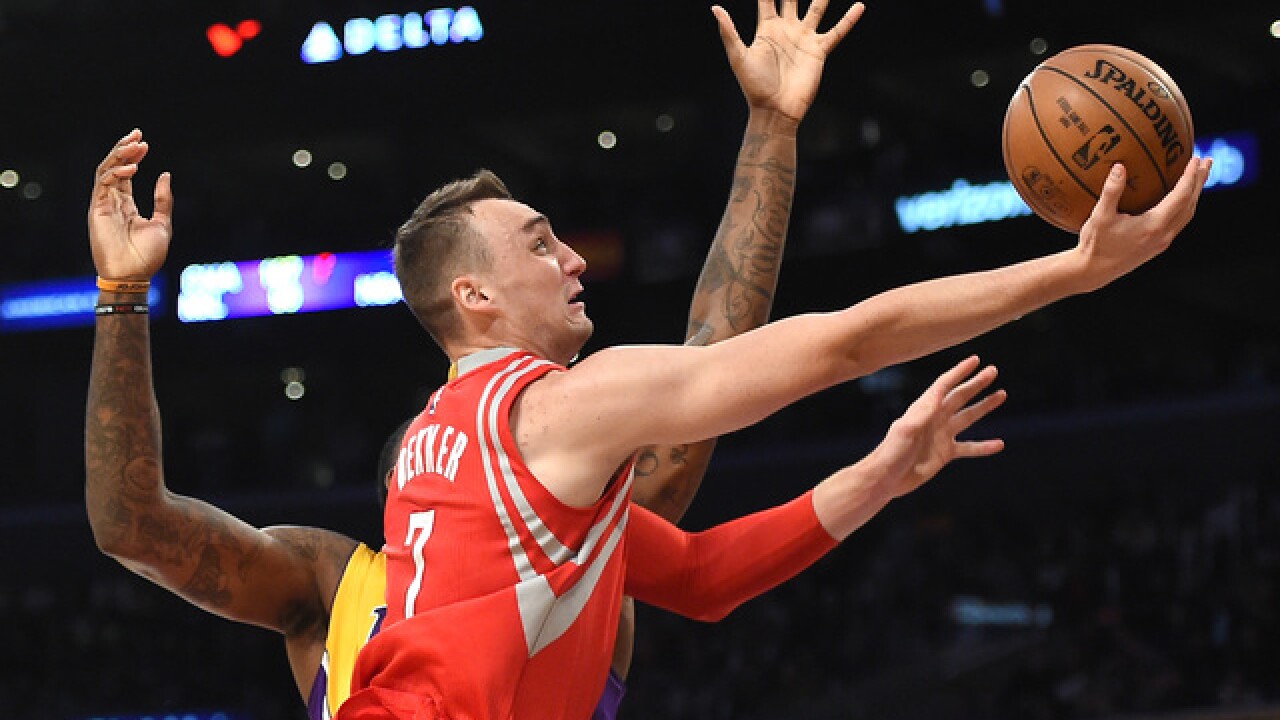 Image copyright 2017 Getty Images. All rights reserved. This material may not be published, broadcast, rewritten, or redistributed.
Harry How
<p>LOS ANGELES, CA - OCTOBER 26: Sam Dekker #7 of the Houston Rockets scores past Tarik Black #28 of the Los Angeles Lakers at Staples Center on October 26, 2016 in Los Angeles, California. NOTE TO USER: User expressly acknowledges and agrees that, by downloading and or using this photograph, User is consenting to the terms and conditions of the Getty Images License Agreement. (Photo by Harry How/Getty Images)</p>

After original reports of a trade between Cleveland and Milwaukee sending Sam Dekker to the Bucks, ESPN’s Adrian Wojnarowski reports now that Washington has joined the trade, and will acquire Dekker.

Sources: Washington will join the Cavs-Bucks deal as a third team — and acquire Sam Dekker for Jason Smith and a future second-round pick.

Dekker played for the Wisconsin Badgers, and the original report of the trade excited fans that he was returning to Wisconsin.

The Bucks reportedly traded away Matthew Dellavedova and backup center John Henson for Dekker and George Hill to the Cavilers.

The Wizards then joined the trade and acquired Dekker for Jason Smith and a future second-round pick.