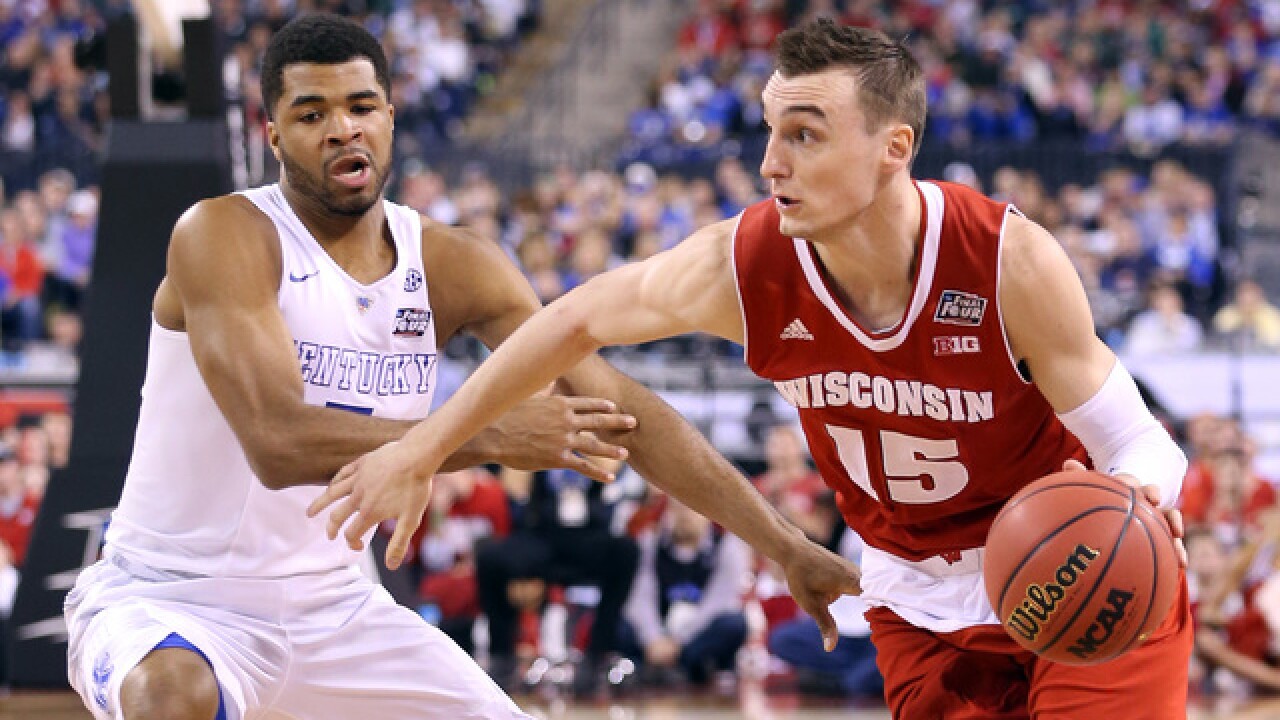 Image copyright 2017 Getty Images. All rights reserved. This material may not be published, broadcast, rewritten, or redistributed.
Andy Lyons
<p>6. <strong>Sam Dekker</strong> (2012-15)<br /> Dekker wasn't always a big-time scorer at Wisconsin (he never averaged 14 points per game in a season) but his presence on those two Final Four teams cannot be denied. Possibly his best game in a Badgers uniform came against Arizona in the Elite Eight in 2015, when he dropped 27 points on 5-6 three-point shooting to propel Wisconsin to their second straight Final Four appearance.</p>

UPDATE: Sam Dekker is headed to Washington, not Milwaukee, after the Wizards jumped into the trade.

More on the trade here.

Former University of Wisconsin star Sam Dekker is returning to the Badger State, this time as a member of the Milwaukee Bucks.

The Bucks are also sending a 2021 first and second-round pick to the Cavs.

Dellavedova is also returning to a place he once called home as he played for the Cavs from 2013-2016 and even won an NBA championship in 2016.

The Bucks will save $18 million in salary for next season by making the trade.