Milwaukee Bucks to play 1st game at Fiserv Forum on Oct. 3 against the Chicago Bulls 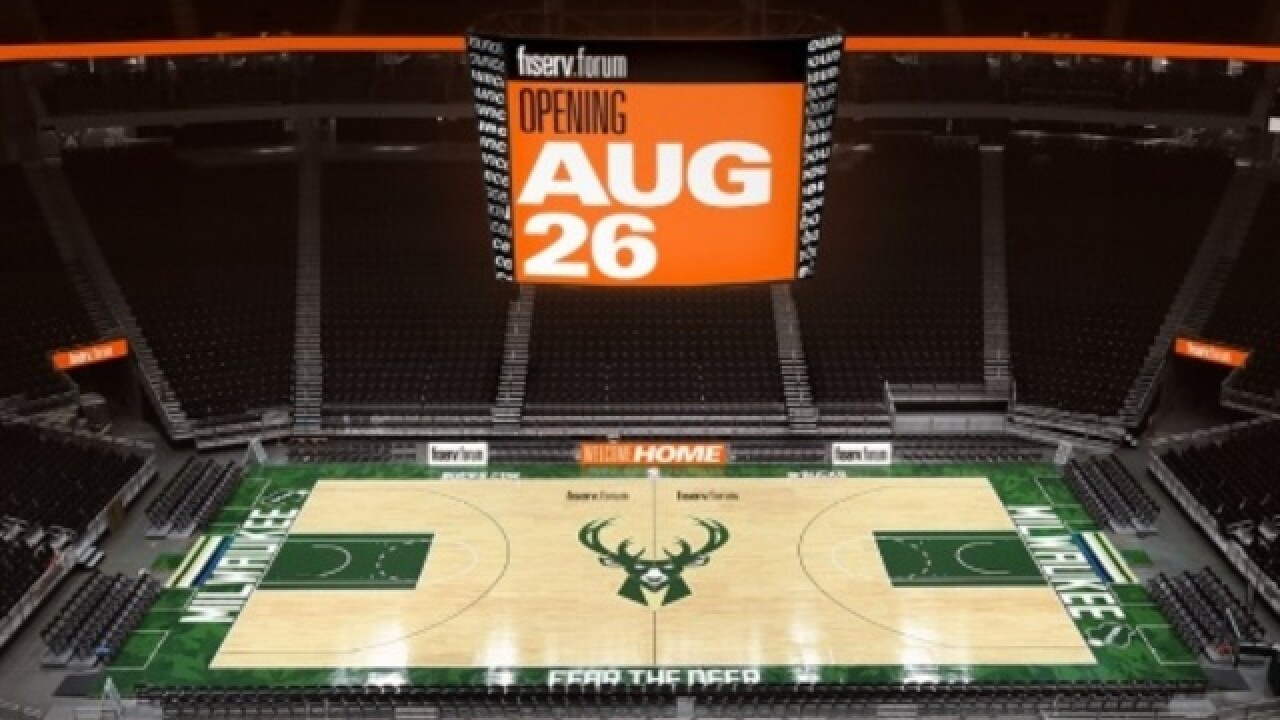 MILWAUKEE (AP) -- The Milwaukee Bucks will play the inaugural game at Fiserv Forum on Oct. 3 when they open the preseason against the Chicago Bulls.

The Bucks said Tuesday they will wrap up their preseason schedule with a game against the Minnesota Timberwolves at Fiserv Forum on Oct. 12. Tickets for both Milwaukee home games go on sale Aug. 6.

In addition to the two home preseason games, the Bucks will travel to play Minnesota at a location to be announced, on Oct. 7, and at Oklahoma City on Oct. 9 against the Thunder.