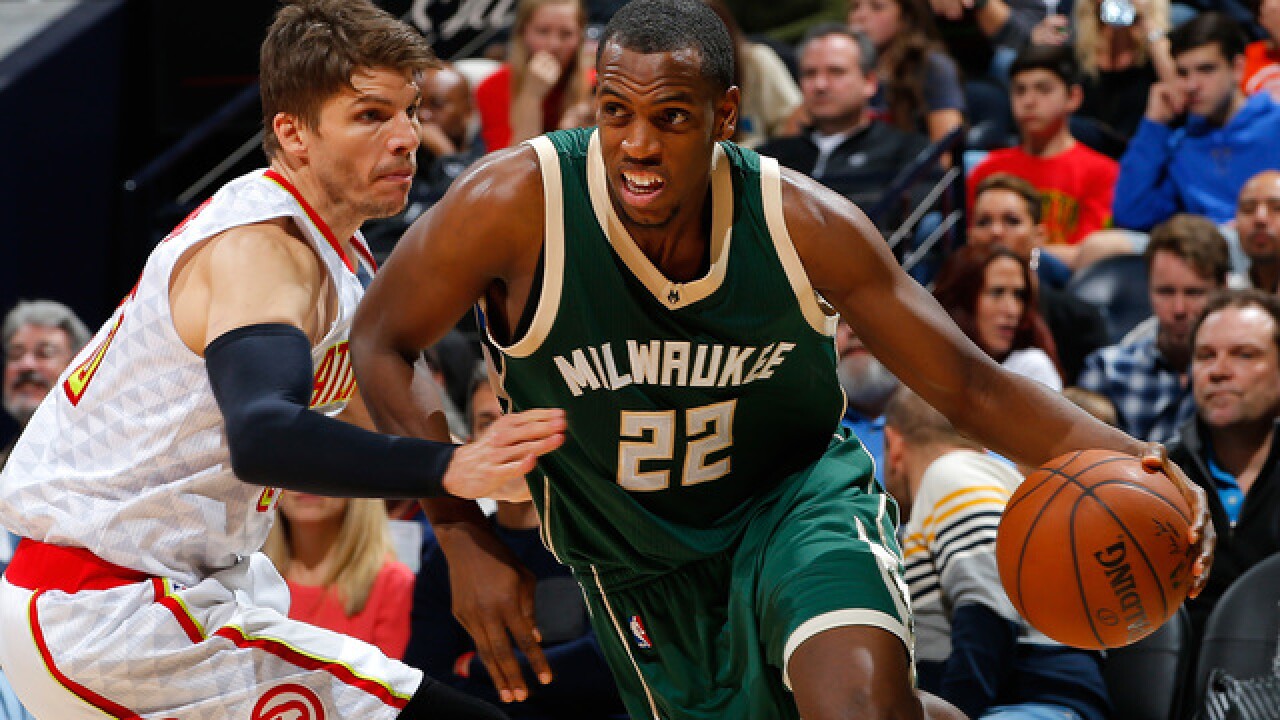 Copyright 2017 Scripps Media, Inc. All rights reserved. This material may not be published, broadcast, rewritten, or redistributed.
Kevin C. Cox
<p>ATLANTA, GA - FEBRUARY 20: Khris Middleton #22 of the Milwaukee Bucks drives against Kyle Korver #26 of the Atlanta Hawks at Philips Arena on February 20, 2016 in Atlanta, Georgia. NOTE TO USER User expressly acknowledges and agrees that, by downloading and or using this photograph, user is consenting to the terms and conditions of the Getty Images License Agreement. (Photo by Kevin C. Cox/Getty Images)</p>

“Khris is a critical piece of our core,” said Bucks general manager Jon Horst. “As an All-Star, Khris was an integral part of us winning 60 games and advancing to the Eastern Conference Finals. We’re thrilled Khris is staying in Milwaukee and look forward to even more success together.”

Middleton has played a pivotal role for the team, starting in all 15 playoff games during the Bucks' run to the Eastern Conference Finals, averaging 16.9 points, 6.3 rebounds and 4.4 assists per game, and shooting 43.5% from the three-point line.

He was one of 10 finalists for the NBA Cares Community Assist Award, which honors a player’s strong commitment and positive impact on the community. He received the NBA Cares Community Assist Award in December for his “12 Days of Khrismas” holiday initiative where he participated in 12 different acts of service with various people and community organizations in Wisconsin, South Carolina and Louisiana.

Originally acquired by the Bucks in a trade with the Detroit Pistons in July 2013 following his rookie season, Middleton has averaged 16.3 points, 4.6 rebounds, 3.4 assists and 1.3 steals per game in six seasons with Milwaukee. He currently ranks third on the Bucks’ all-time list for 3-pointers made with 742.

The South Carolina native, who starred at Texas A&M, has played and started in 34 playoff games for the Bucks and is averaging 17.9 points, 5.3 rebounds, 3.9 assists and 1.2 steals in the postseason while shooting 44.9% from the field and 44.6% from three.