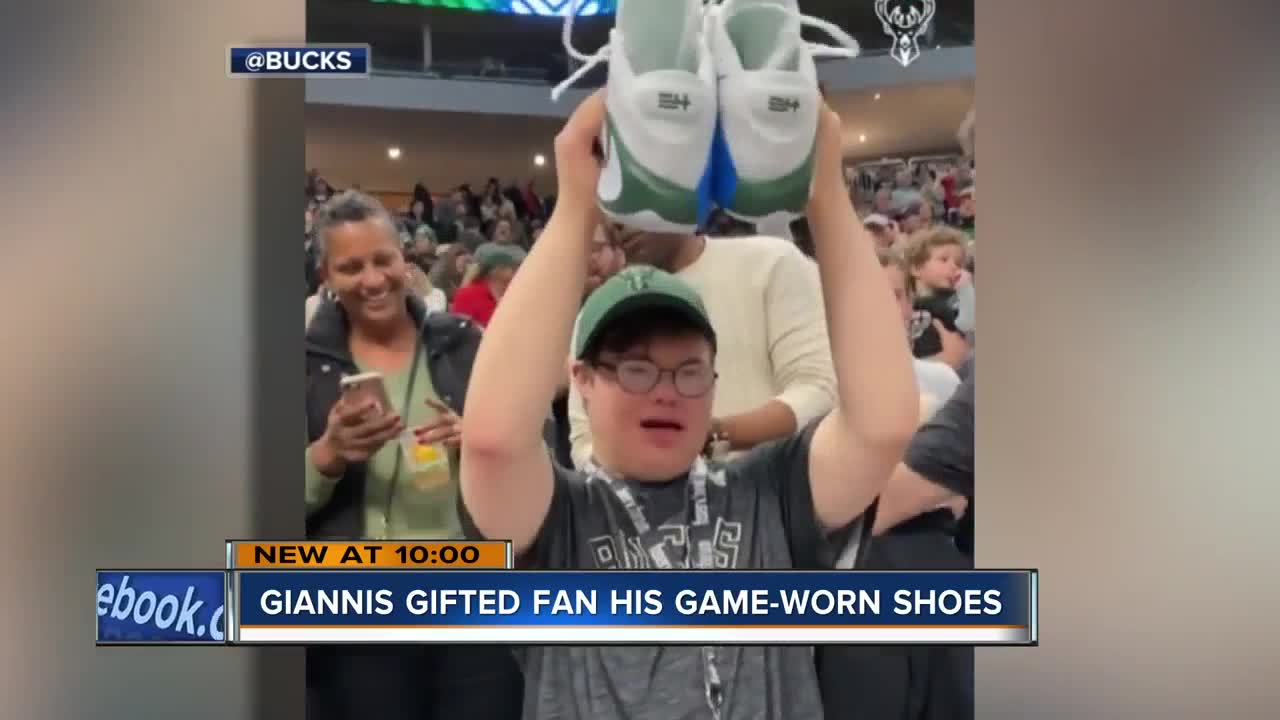 Milwaukee Bucks' superstar Giannis Antetokounmpo is getting a lot of attention for what he did off the court after Saturday's game. He gave a local teen a pair of his signature shoes. 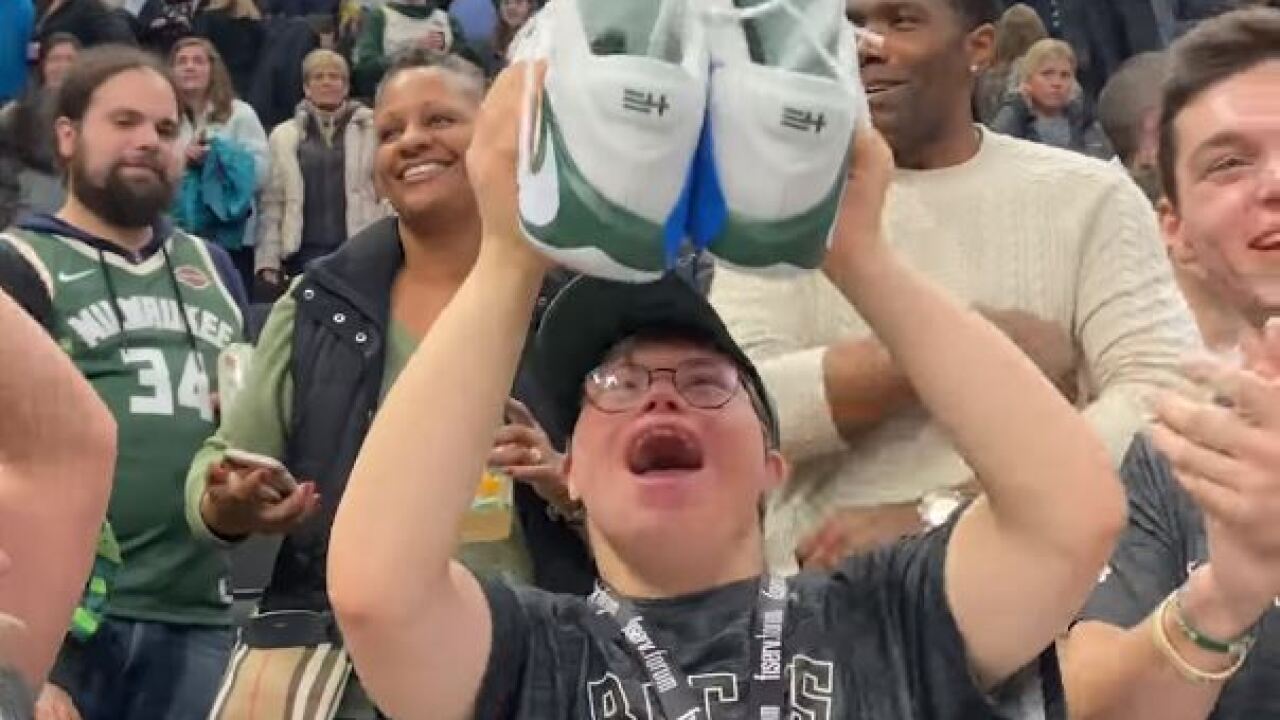 MILWAUKEE — Milwaukee Bucks' superstar Giannis Antetokounmpo is getting a lot of attention for what he did off the court after Saturday's game. He gave a local teen a pair of his signature shoes.

17-year-old Hunter Peterson had no idea Giannis was going to surprise him with the game-worn shoes. He showed our cameras just how much the small gesture means to him.

Ever since Saturday night, Hunter's big smile has a lot to do with the huge shoes he's wearing thanks to his favorite player.

"He must have seen Hunter getting ready to go on the court right before the celebration and gave him the very precious gift," said Hunter's dad Craig Peterson.

Peterson wasn't at the game when Giannis picked his son out of the crowd for a gift he'll never forget, but this viral video captured the interaction that ended with Hunter hoisting the game-worn shoes in pure joy.

Milwaukee Bucks guard Donte DiVincenzo said the video reminded him of the rare opportunity the game of basketball has given them.

"For Giannis to be able to just be in that position and affect somebody's life like that, I mean, he's going to remember that for the rest of his life and I think so will Giannis," DiVincenzo said.

Hunter isn't just a huge bucks fan, this season he's a member of the 'Milwaukee Bucks Hoop Troop', an official cheerleading unit that pumps up the crowd at home games.

"He loves to greet the fans, he likes to get people all excited and into the game and he loves the players," said Peterson.

While the size 17 Zoom Freaks may not fit Hunter, they've motivated him to master Giannis' signature slam dunk.

"I think there's a little Greek connection there," said Peterson. "Hunter is 25-percent Greek so he has a little 'Greek Freak' in him."