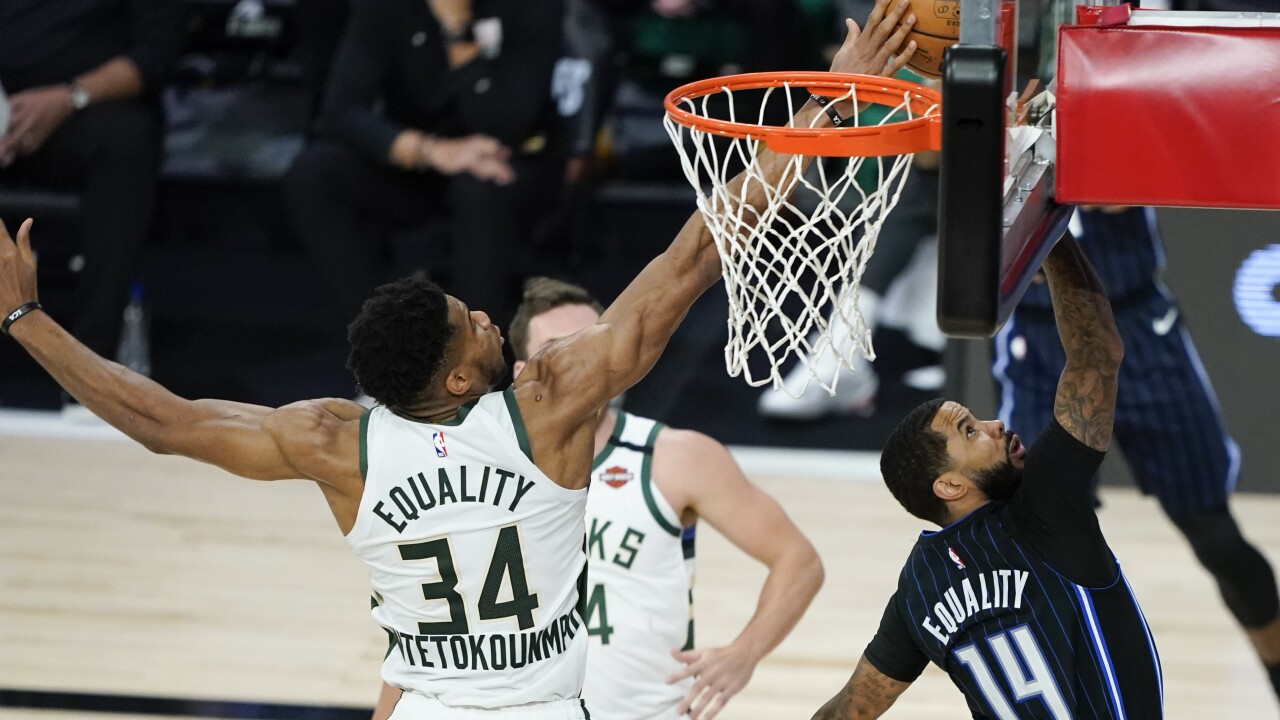 MILWAUKEE — Giannis Antetokounmpo has been named the NBA's Defensive Player of the Year for the 2019-2020 season.

The Greek Freak is the 2019-20 @NBA Defensive Player of the Year! pic.twitter.com/HPfyMdK7bW

On the defensive side of the ball, he has averaged 13.6 total rebounds, 1.0 block, and 1.0 steal per game. It's his career high for average rebounds in a season.

Giannis is just the second Buck's player to win the award after Sidney Montcrief who won it twice in 1983 and 1984.

Even though this is a defensive award, he is still putting up big points every game. He is averaging 29.5 points per game. That is the second ever highest for someone who has won Defensive Player of the Year. The only other person who averaged more points than him and won DPOY was Michael Jordan in 1988. Jordan was putting up 35.0 a game.