Giannis Antetokounmpo wins MVP for 2nd season in a row 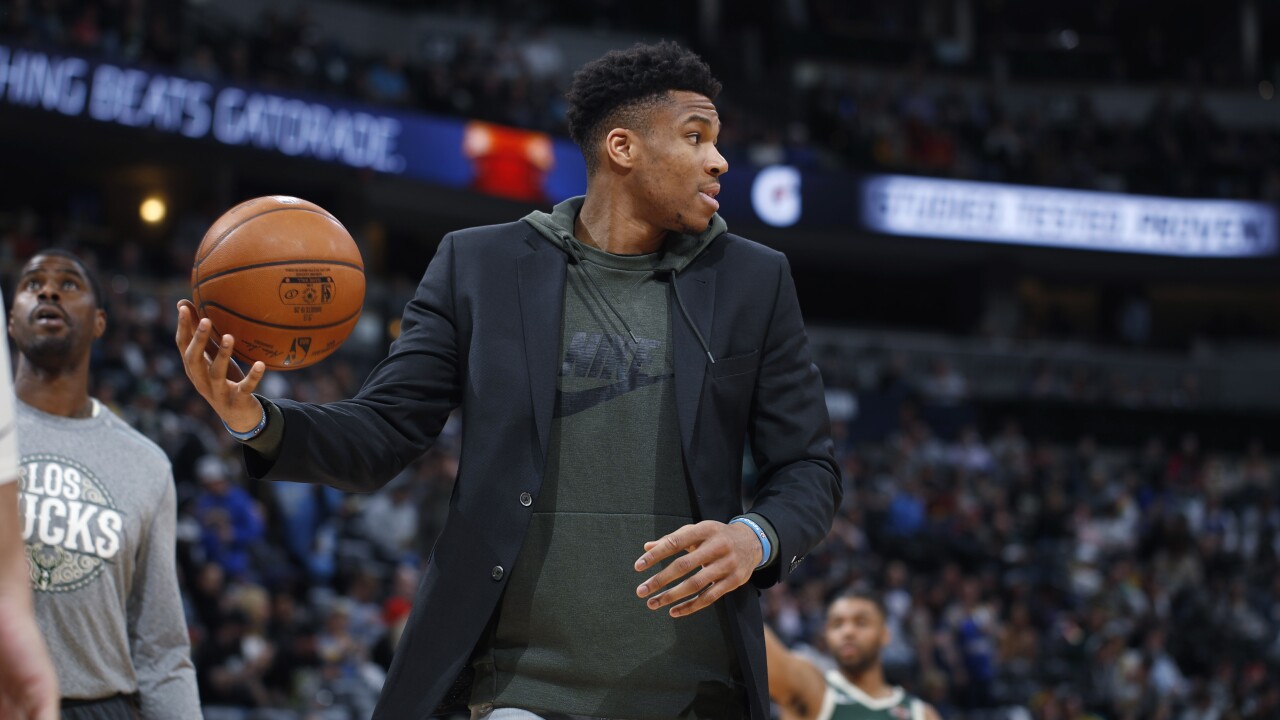 David Zalubowski/AP
Milwaukee Bucks forward Giannis Antetokounmpo fields the ball as he shoots with teammates as they warm up for the second half of an NBA basketball game against the Denver Nuggets, Monday, March 9, 2020, in Denver. The Nuggets won 109-95. (AP Photo/David Zalubowski)

MILWAUKEE — Reigning NBA MVP Giannis Antetokounmpo has won the Most Valuable Player award for a second consecutive season after averaging 29.5 points, 13.6 rebounds and 5.6 assists during the shortened 2019-2020 campaign.

Antetokounmpo beat out finalists LeBron James of the Los Angeles Lakers, as well as James Harden of the Houston Rockets. He won his first MVP award after the 2018-19 season that saw the Bucks advance to the Eastern Conference Finals.

“We are extremely grateful to witness Giannis earn the NBA’s Most Valuable Player award for the second consecutive season and send congratulations to him and his family,” said Bucks General Manager Jon Horst. “Giannis is an elite player and this historic achievement is a testament to his superior work ethic, character and determination to improve every day. He is a special player and an even better person, which makes it that much more gratifying that he is again recognized as our league’s MVP.”

In the first round of the playoffs against Orlando this season, Antetokounmpo averaged 30.6 points, 16 rebounds and six assists on 59% shooting from the floor and 39% from 3-point range, according to the NBA.

Giannis sprained his ankle in Game 4 of the next series against the Miami Heat, and had to sit out for Game 5. The Bucks eventually lost that series 4 games to 1.