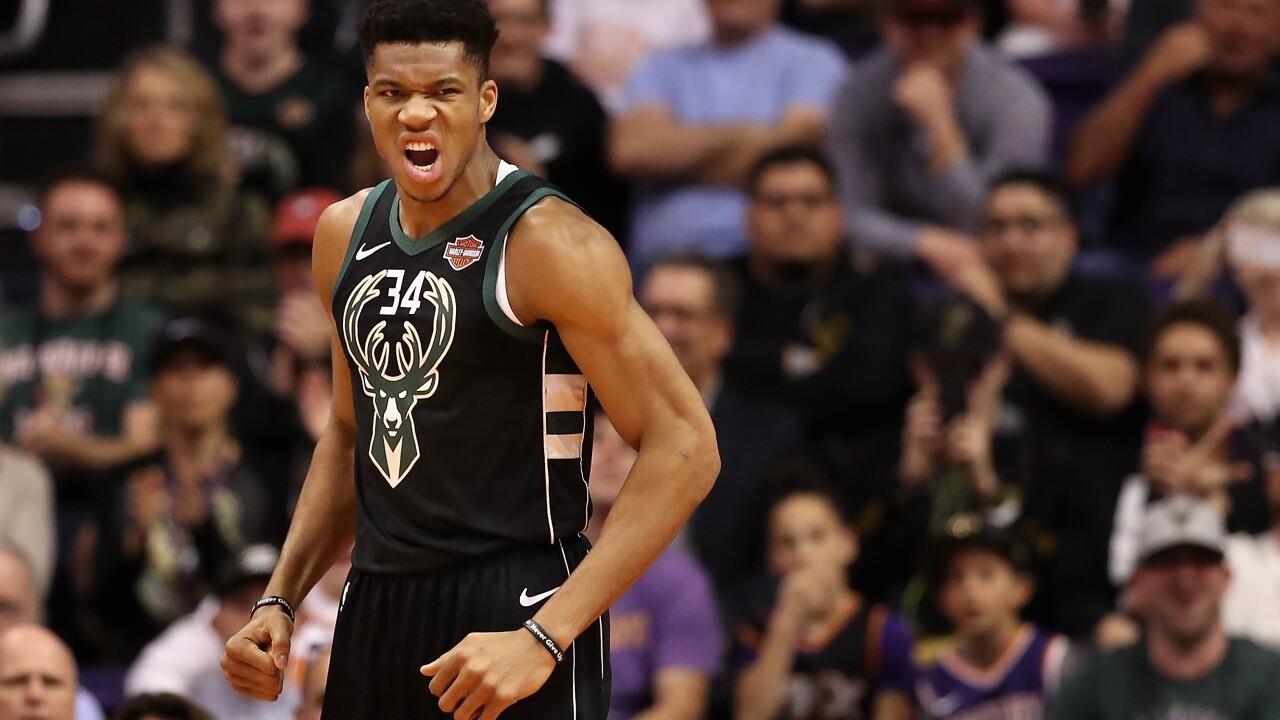 MILWAUKEE — Twice in one day, Giannis Antetokounmpo has hinted at the dropping of something major. Could it be the Gr34k Freak 1, his first original shoe?

On Twitter, Antetokounmpo tweeted a video of his brother Thanasis Antetokounmpo's shoe collection. His caption said there would be a preview to his Gr34k Freak 1.

Watch our new YouTube video to see @Thanasis_ante43 exclusive sneaker collection and a preview of the Freak 1s 👀👀 https://t.co/UF1StrZJd5

Minutes later, the Greek Freak posted a photo to Instagram saying "something big dropping on 4/4. Your coach will never be the same."

Something big dropping on 4/4. Your couch will never be the same

In November 2017, Antetokounmpo announced his long-term partnership with Nike. Since then, fans have been eagerly awaiting the arrival of his first signature shoe.

Maybe, just maybe, April 4 will be that special day.