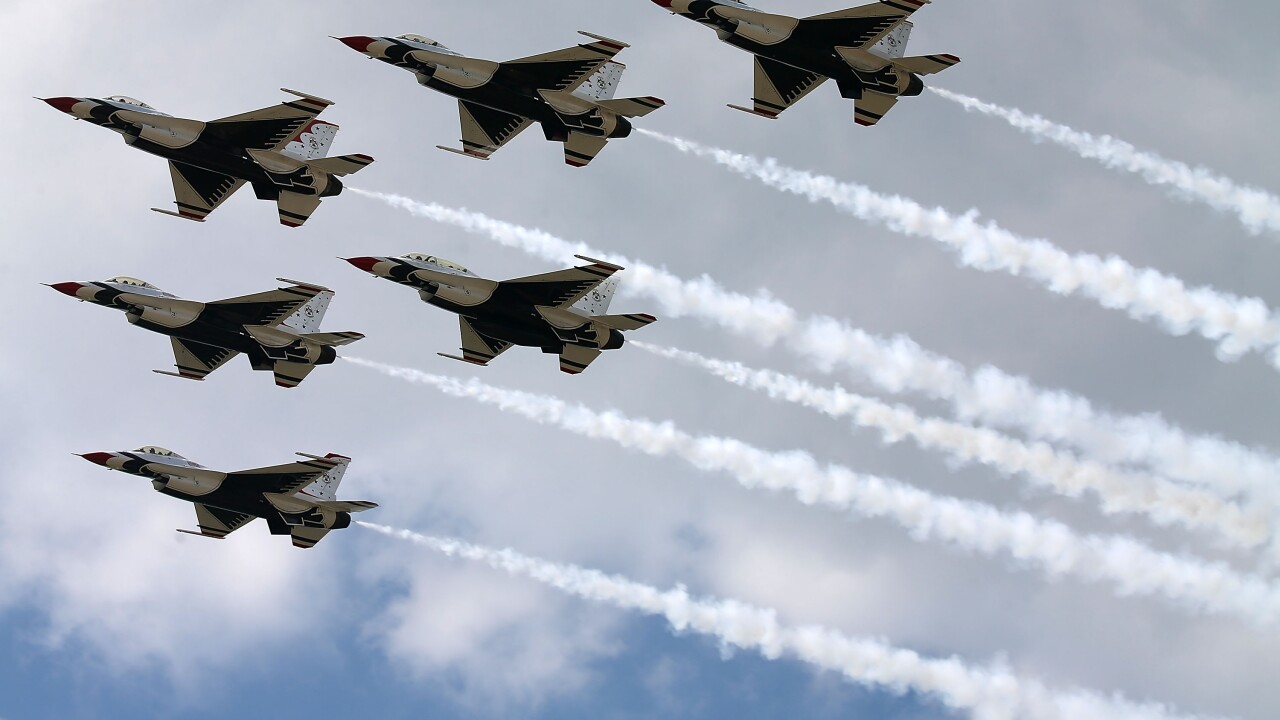 MILWAUKEE -- The Milwaukee Air & Water Show will return to the city's lakefront this July.

"Wisconsin's largest free event," as organizers describe it, will take place July 27 and 28. This year's headliner is the U.S. Air Force Thunderbirds. Additionally, the Air Force's F-35A "Lighting II" Demo Team, based out of Luke Air Force Base in Arizona, will appear at the show for the first time ever.

“With the Thunderbirds returning to headline the show, a first-time appearance from the U.S. Air Force F-35A, as well as an unprecedented line-up of aviation acts, this year is sure to be the best show yet,” said Paul Rogers, president of the Milwaukee Air & Water Show. “We are thrilled to have WaterStone Bank supporting the show once again as title sponsor, and thank our other generous sponsors and supporters. We look forward to another unforgettable show at the lakefront this July!”

While the show is free to the public, tickets for better reserved seating and lakefront parking are available online now at milwaukeeairshow.com.

Here are some of the other performers currently scheduled for the show: