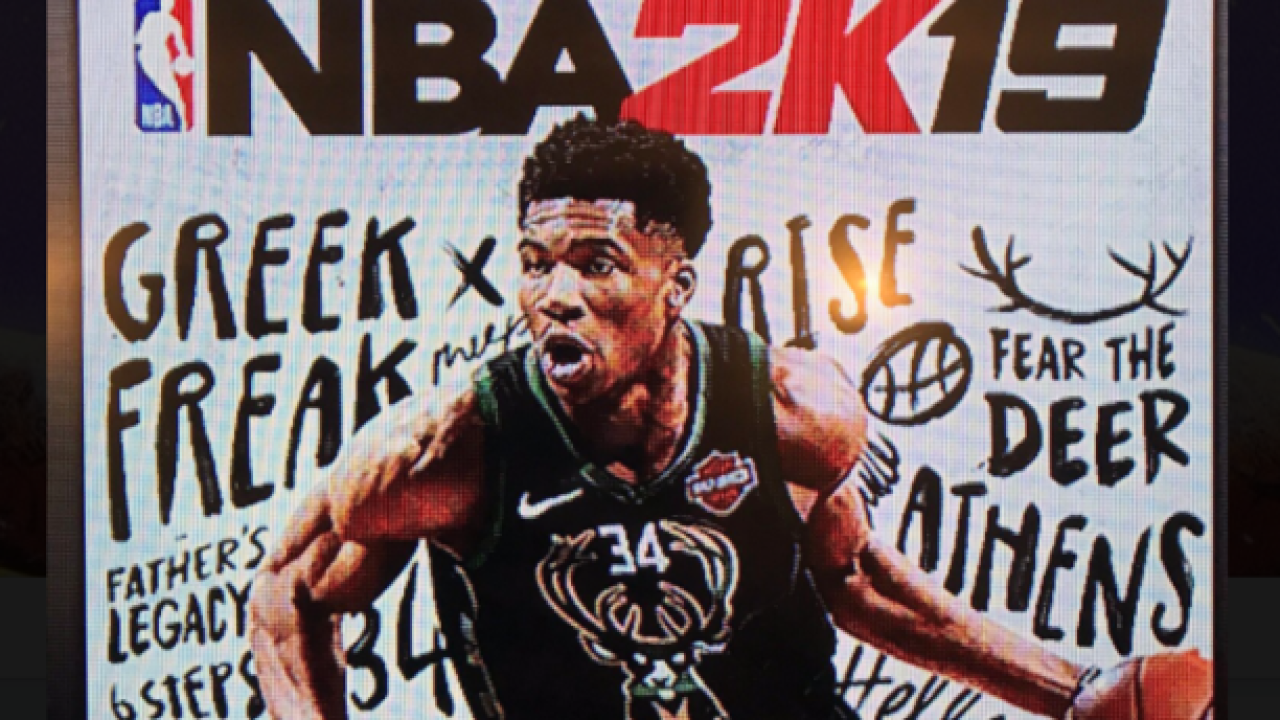 The two-time NBA All-Star known as the "Greek Freek" is the first international player to be featured on the cover.

Antetokounmpo says he has "worked hard to earn recognition in the NBA and being on the cover of NBA 2K10 is a dream come true."

LeBron James was previously announced as the cover star for the NBA 2K19 20th anniversary edition available on Sept. 7.

Tune into our live event for a special announcement #NBA2K19 👀 https://t.co/RixHrB3slW