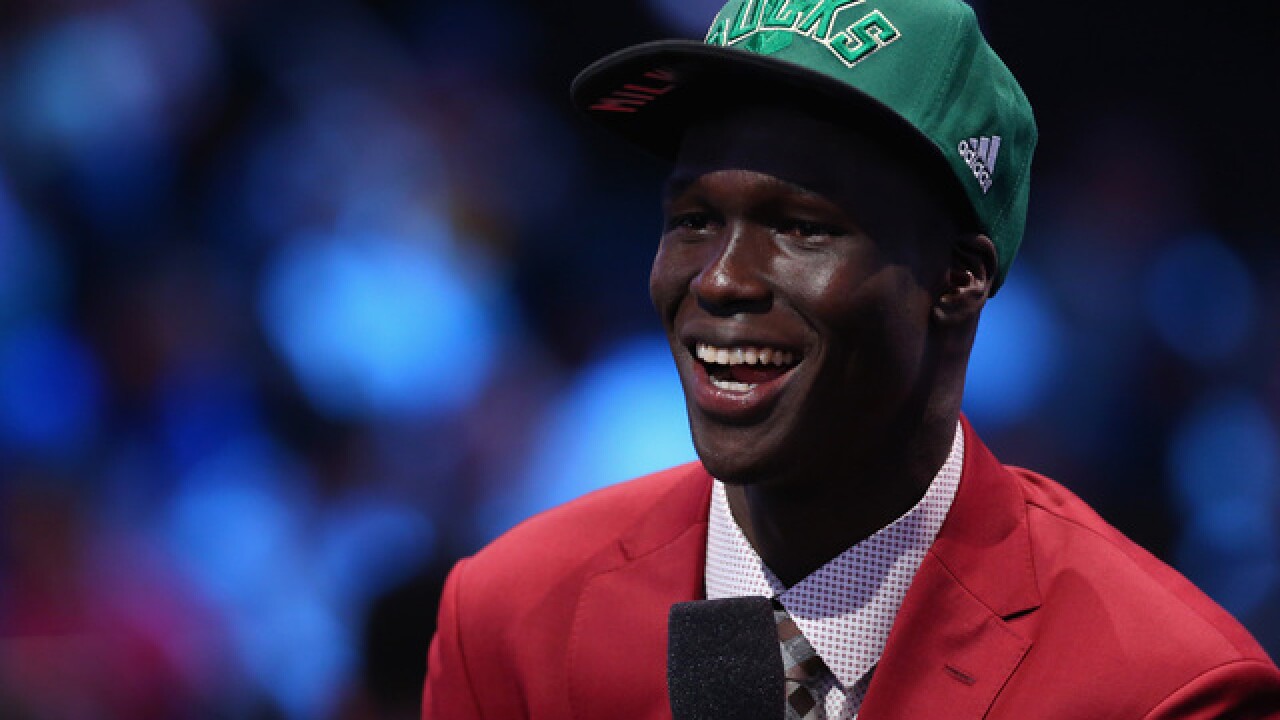 Mike Stobe
<p>NEW YORK, NY - JUNE 23: Thon Maker smiles during his interview after being drafted 10th overall by the Milwaukee Bucks in the first round of the 2016 NBA Draft at the Barclays Center on June 23, 2016 in the Brooklyn borough of New York City. NOTE TO USER: User expressly acknowledges and agrees that, by downloading and or using this photograph, User is consenting to the terms and conditions of the Getty Images License Agreement. (Photo by Mike Stobe/Getty Images)</p>

No. 7 Thon Maker flying in with his knees 😮 (via @ClarkyHeraldSun) pic.twitter.com/VGuyELmlH6

The fight spilled into the area behind the baseline and video showed a chair being thrown at the back of an Australia player either by a fan or member of the Philippines team staff. Former NBA player Andray Blatche, now playing for the Philippines, appeared to throw multiple punches, while Maker came at a Philippines player with legs flying high as it continued.

A total of 13 players were ejected after the melee that began in the third quarter of Australia's 89-53 victory following a collision in the lane. The game continued with just three players from the Philippines.

The Australians later tweeted that everyone on their team was safe and well . The Bucks said they would have no comment about Maker.

FIBA says a decision will be announced in the coming days.