Giannis Antetokounmpo gives away his game-worn jersey to young fan 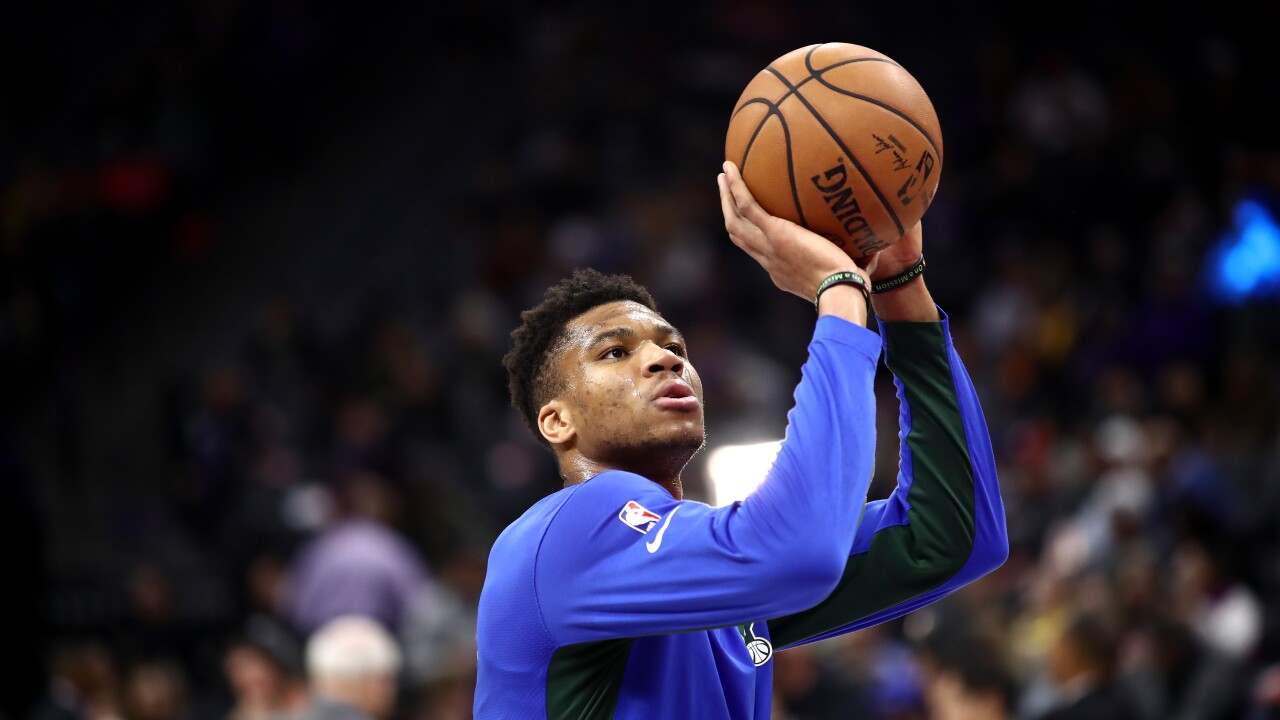 Ezra Shaw/Getty Images
SACRAMENTO, CALIFORNIA - JANUARY 10: Giannis Antetokounmpo #34 of the Milwaukee Bucks warms up before their game against the Sacramento Kings at Golden 1 Center on January 10, 2020 in Sacramento, California. NOTE TO USER: User expressly acknowledges and agrees that, by downloading and or using this photograph, User is consenting to the terms and conditions of the Getty Images License Agreement. (Photo by Ezra Shaw/Getty Images)

MILWAUKEE — After Saturday night's Bucks game, Giannis Antetokounmpo gave his game-worn jersey to a young fan on the sidelines.

Recently, Giannis has been giving away his personal items to young fans on the sidelines: most commonly, his shoes. Saturday night, however, the reigning MVP stepped up his game.

Following the game, Giannis brought a young boy to tears when he gave him his game-worn jersey and signed it.

After signing the jersey, you see Giannis give the boy a head rub and they pose for a photo op. Let's just say, this was something the young fan will never forget.