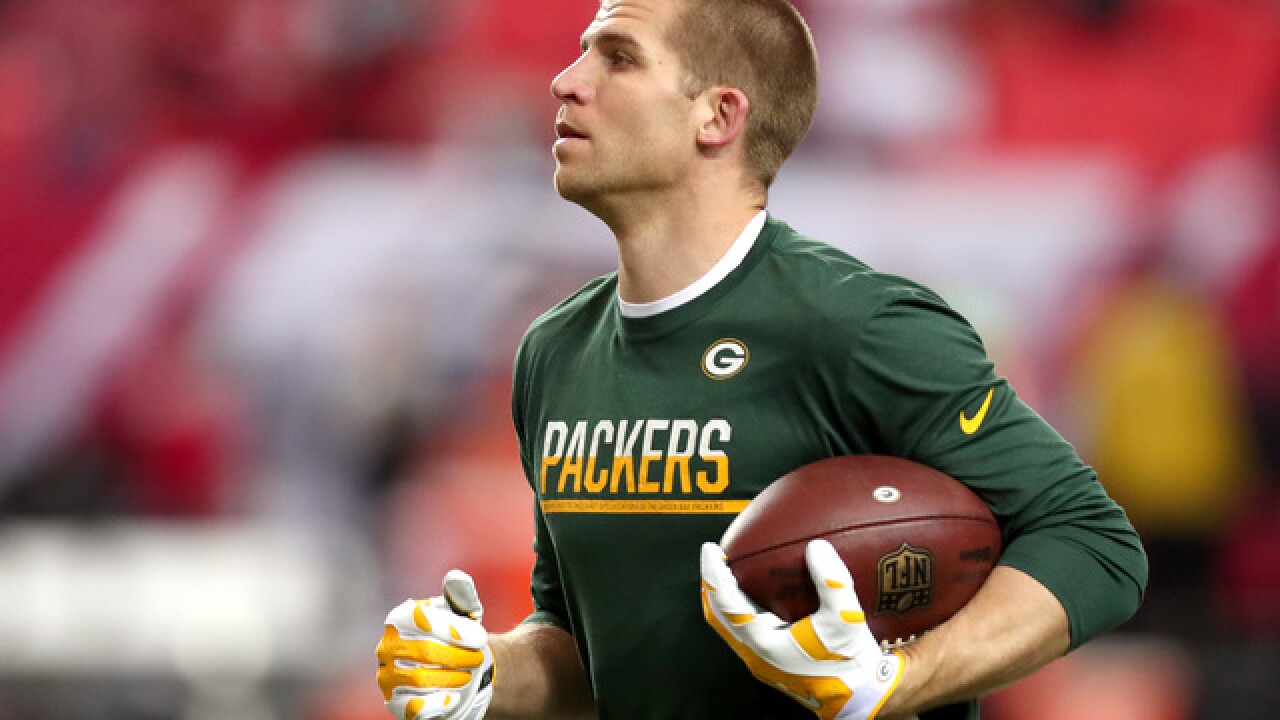 Image copyright 2017 Getty Images. All rights reserved. This material may not be published, broadcast, rewritten, or redistributed.
Tom Pennington
2017: Wide receiver Jordy Nelson #87 of the Green Bay Packers warms up prior to taking on the Atlanta Falcons in the NFC Championship Game at the Georgia Dome on January 22, 2017 in Atlanta, Georgia. (Photo by Tom Pennington/Getty Images)

CALIFORNIA — Jordy Nelson may not play for the Packers anymore, but he is still showing his support on the sidelines.

The former wide receiver was spotted on the sidelines in Santa Clara wearing a Green Bay Packers alumni sweatshirt.

Jordy Nelson retired as a Packer back in 2019 even after spending a season with the Oakland Raiders. Now, he's in Santa Clara supporting the Packers as they take on the 49ers in the NFC Championship game.

It’s no jersey, but he still rocks the green & gold. pic.twitter.com/pNAfuCW0aG

Nelson recorded 69 touchdowns with the Packers, second all time for the franchise. Only Don Hutson has more, with 99.