Errant pass from Giannis beans Harden in the face [VIDEO] 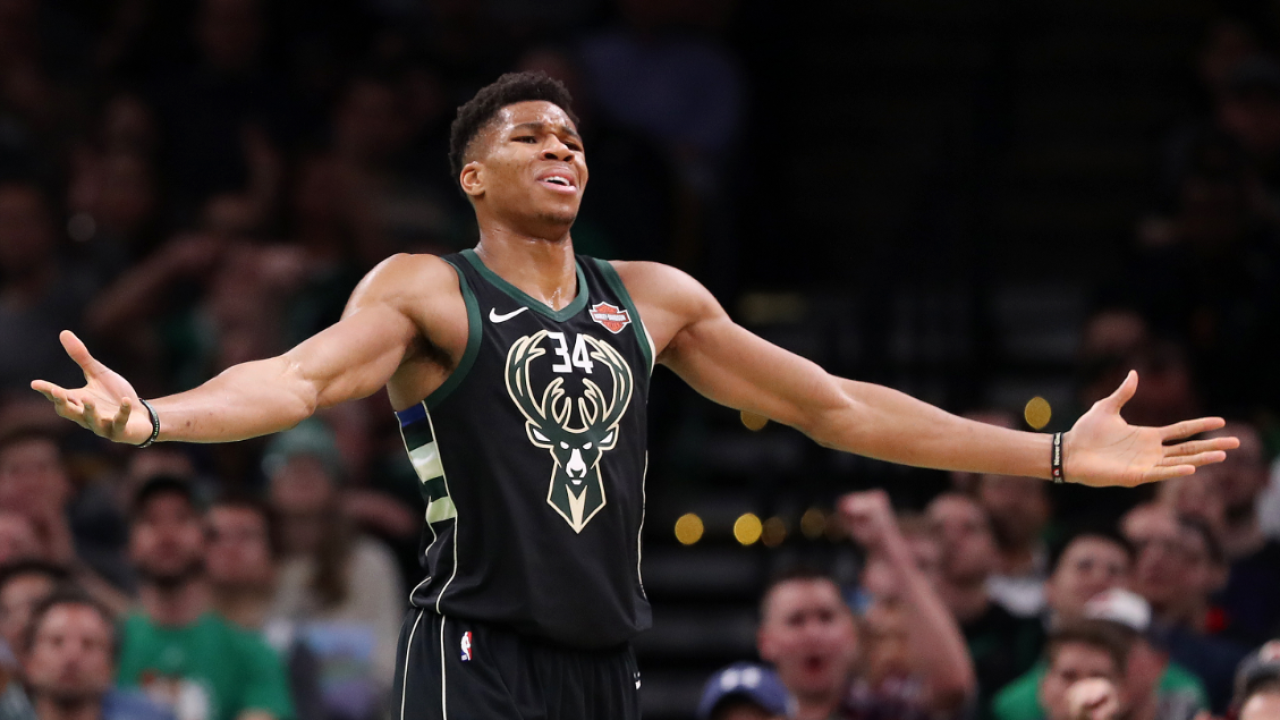 The race for the NBA’s MVP got a little bit fiercer Wednesday night as the Bucks’ Giannis Antetokounmpo took on James Harden and the Rockets.

It all came to a head mid-way to the fourth quarter. Harden’s head, in particular.

In a close game, the Bucks were still battling to keep their lead over the Rockets, and Antetokounmpo flung a hot pass towards Malcolm Brogdon in the corner.

But Harden was standing in the direct path of the pass, and took it right off his noggin.

The ball bounced hard off his face back to Antetokounmpo, who found Ersan Ilyasova for a three.

Antetokounmpo admitted later he apologized immediately to harden, and said it was an accident.

"It was great to play a game like this with high expectations. It's a learning process for every player." pic.twitter.com/9l1b9rgDkR