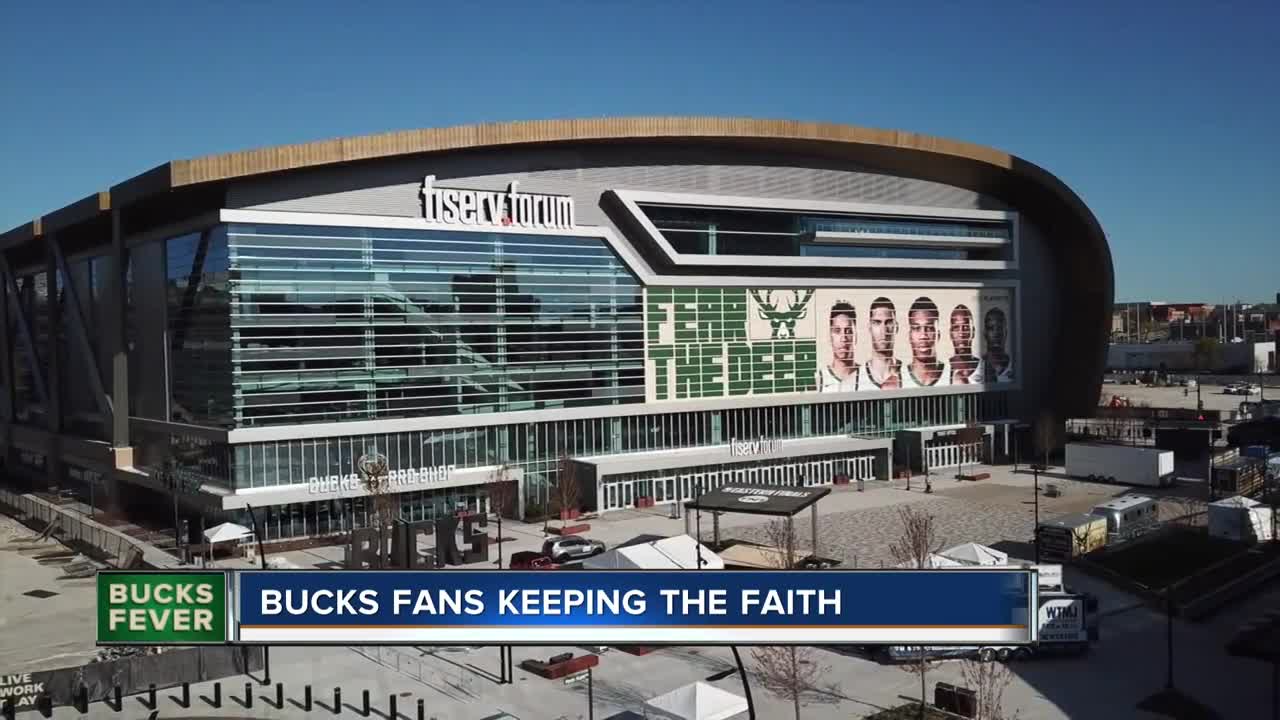 The Bucks have had an incredible season, but after three straight losses at the hands of the Raptors, morale could be higher. We went out in search of fans who still believe the Bucks can win in 7.

The mood around Milwaukee is much different than it was just over a week ago. After the Bucks lost three straight games to the Toronto Raptors, worry is in the air.

"I'm a little upset," Rick Savagian said. "What bothered me, we couldn't hit shots. It seemed what we were doing in game one, they took away from us."

Rick and Dan Savagian are still maintaining their cool. However, not everyone can carry themselves as well.

"Any frustrations I was feeling last night watching the gamecame out in the room today," Dana Ehrmann said inside Bust-N-Stuff in Bay View.

Ehrmann was taking out her aggression physically. She smashed glass bottles and more with a various assortment of weapons.

Whatever she could get her hands on. And it worked.

"I feel very relaxed," Ehrmann said. "I feel tired. I don't have the energy to get worked up anymore."

"That's the whole point," Gene Trotter of Bust-N-Stuff said. "If you're stressed out about the Bucks, come here and you won't be as stressed."

It wasn't all general aggression though. Ehrmann did have some emotions about a certain Canadian rapper.

"Oh my god," Ehrmann said. "I'm so tired of that guy. I might do another bucket and dedicate it to Drake."

Drake may feel holier than thou but Bucks fans are going to a true higher power for help.

"I've never had so many requests for prayers in my life," Father John Baumgardner, Associate Pastor at Three Holy Women Catholic Parrish said. "But I'm happy to help out and happy to pray for the best basketball team in America."

Religious deities aside, fans are maintaining faith for the Beasts of the Eastern Conference. Jim Gosz already picked up his game 7 ticket.

"Like Giannis said, this thing isn't over yet," Gosz said. "We're going to prove we're the best. I have a lot of faith in the Bucks."