Bucks center John Henson to have surgery for torn ligament 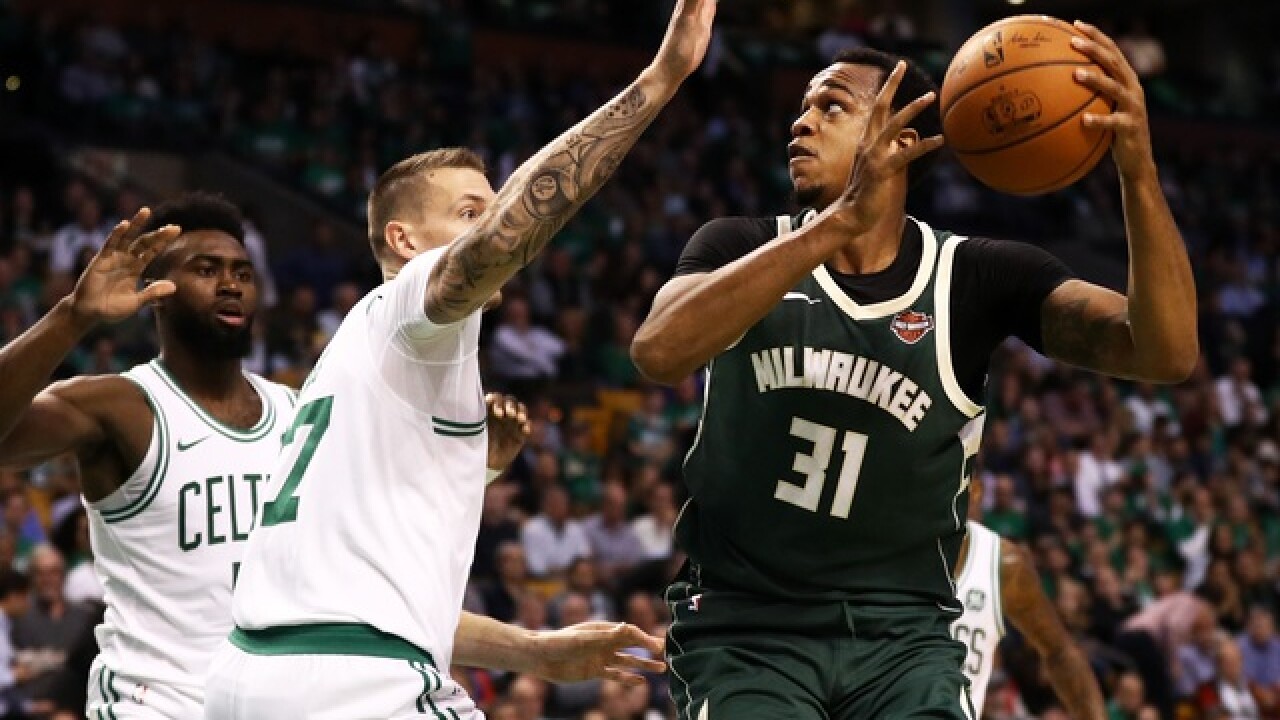 Image copyright 2017 Getty Images. All rights reserved. This material may not be published, broadcast, rewritten, or redistributed.
Maddie Meyer
<p><strong>John Henson</strong>, number 31 for the Bucks, comes in eighth place, with a salary of just over $12 million.</p>

MILWAUKEE --  Milwaukee Bucks Center John Henson will miss some time after tearing a ligament in his wrist against the Portland Trailblazers.

Henson, who was having a good start to his 2018 campaign, will have to have surgery on his wrist "in the near future," according to the release.

Henson is averaging 5.6 points, 5.1 rebounds and 1.0 assist in 13.5 minutes per game. His status will be updated after his surgery.

In addition, Donte DiVincenzo will miss the next three games with a minor left quadriceps strain that he sustained against Memphis on Wednesday.