Bucks' Antetokounmpo out for Bulls game with ankle sprain 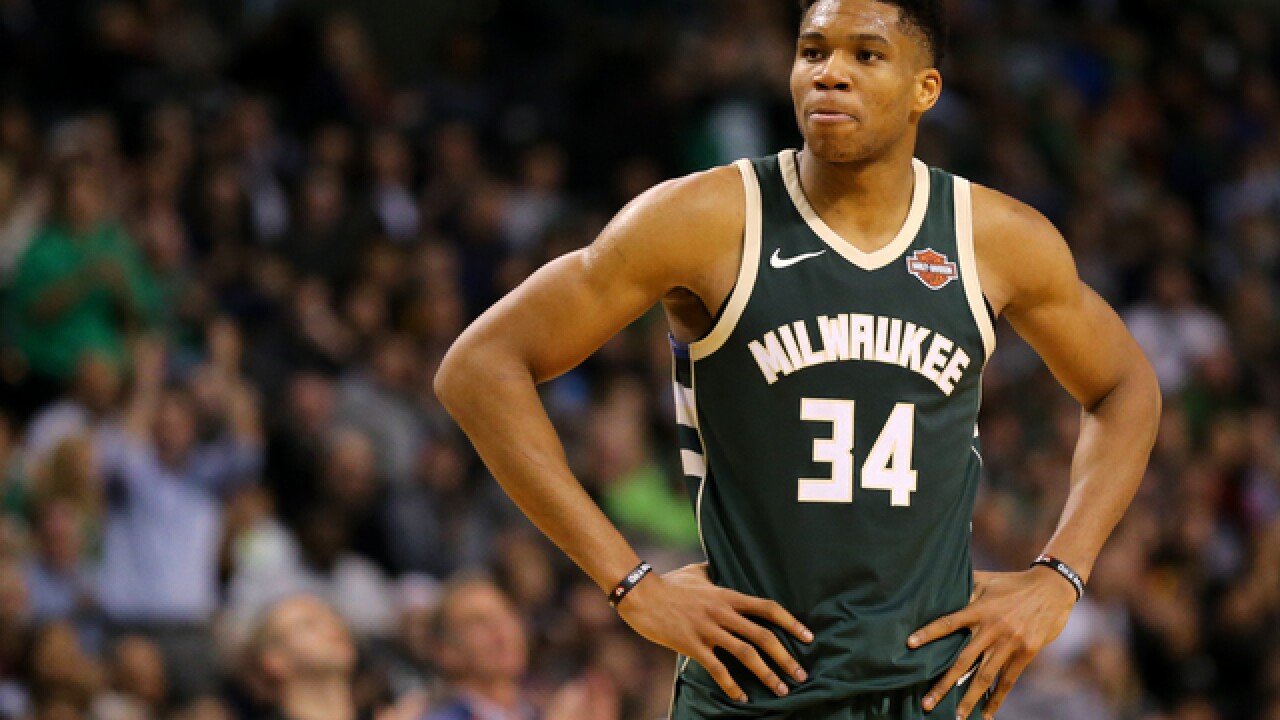 Copyright 2018 Scripps Media, Inc. All rights reserved. This material may not be published, broadcast, rewritten, or redistributed.
Maddie Meyer
BOSTON, MA - DECEMBER 4: Giannis Antetokounmpo #34 of the Milwaukee Bucks looks on during the second half against the Boston Celtics at TD Garden on December 4, 2017 in Boston, Massachusetts. The Celtics defeat the Bucks 111-100. (Photo by Maddie Meyer/Getty Images)

Giannis Antetokounmpo is doubtful for tomorrow’s game in Chicago with a right ankle sprain. pic.twitter.com/UjbOWfInZf

Antetokounmpo got hurt in the second quarter of a 127-120 loss on Wednesday to the Los Angeles Clippers when he appeared to trip over teammate Shabazz Muhammad under the Bucks' basket.

Antetokounmpo fell into a heap under the basket but was able to walk off the court under his own power. He was even seen cuddling a puppy in the locker room postgame.

Someone just came into the Bucks locker room holding a puppy. John Henson cooed over it & followed it back to another area calling for Giannis. A few mins later Giannis appeared holding it and before anyone could react he walked briskly out of the locker room. Only a slight limp.

The Bucks are currently 37-34 and sit five games ahead of the Detroit Pistons for the eight and final playoff spot in the Eastern Conference. They have 11 games left in their season, and only four more home games.

Antetokounmpo is fourth in the league in scoring at 27.3 points a game.