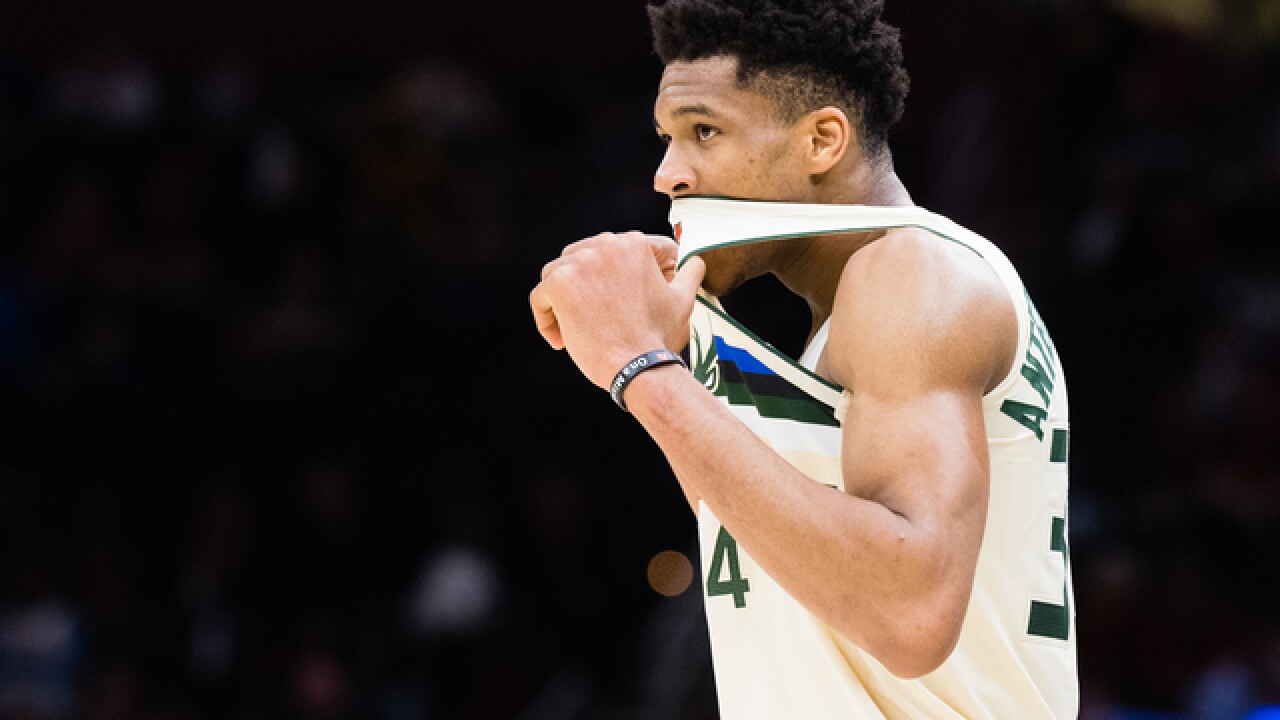 Copyright 2018 Scripps Media, Inc. All rights reserved. This material may not be published, broadcast, rewritten, or redistributed.
Jason Miller
CLEVELAND, OH - MARCH 19: Giannis Antetokounmpo #34 of the Milwaukee Bucks reacts during the second half against the Cleveland Cavaliers at Quicken Loans Arena on March 19, 2018 in Cleveland, Ohio. The Cavaliers defeated the Bucks 124-117. NOTE TO USER: User expressly acknowledges and agrees that, by downloading and or using this photograph, User is consenting to the terms and conditions of the Getty Images License Agreement. (Photo by Jason Miller/Getty Images)

Right ankle sprain for Giannis Antetokounmpo. He's out for the rest of the night.

Antetokounmpo had his ankle stepped on by Clippers guard Austin Rivers and fell into a heap under the basket.

However, the 6'11' two-time all-star forward was able to walk to the locker room under his own power and high-fived fans on the way out.

Here’s where it happened. Hopefully they’ll tape it and he’ll be good.

Also, notice that despite being frustrated and in pain, he takes the time to high five all three fans. He’s the best. pic.twitter.com/uxy5ls3czM