After trade, Giannis calls Thon Maker his 'little brother ... this one hurts' 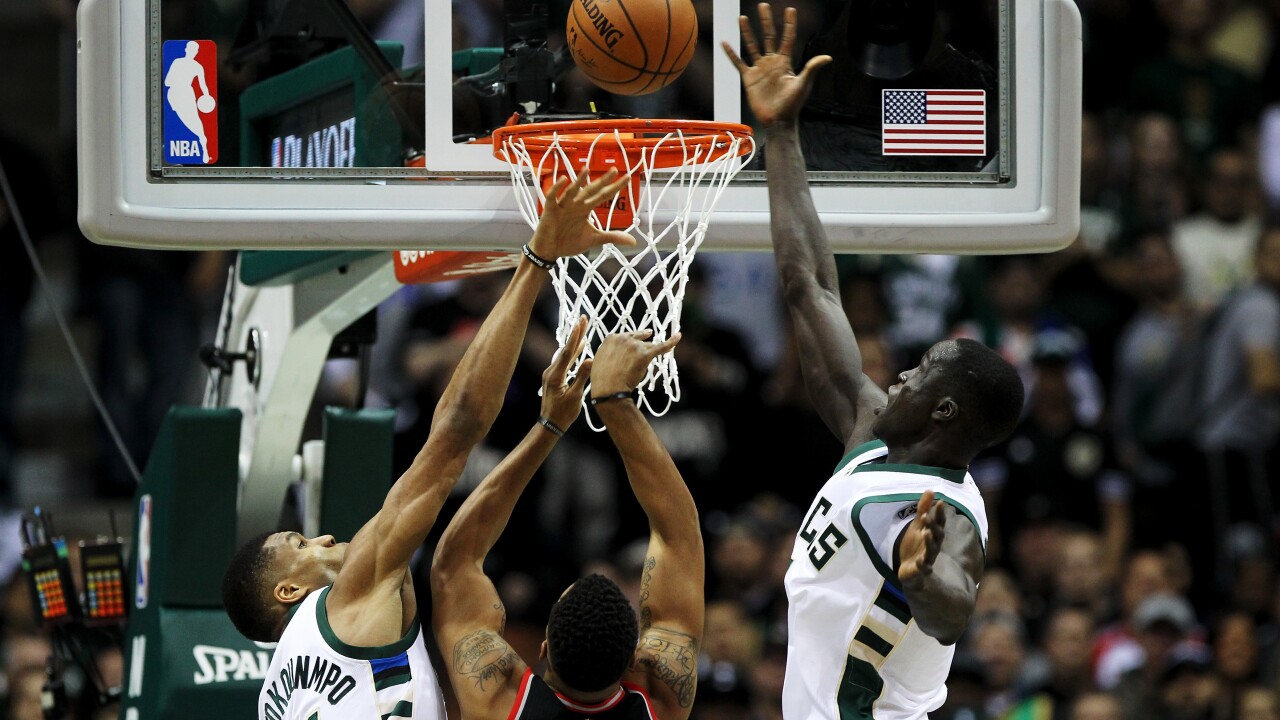 Dylan Buell/Getty Images
MILWAUKEE, WI - APRIL 27: Giannis Antetokounmpo #34 and Thon Maker #7 of the Milwaukee Bucks block a shot attempt by Norman Powell #24 of the Toronto Raptors in the first quarter in Game Six of the Eastern Conference Quarterfinals during the 2017 NBA Playoffs at BMO Harris Bradley Center on April 27, 2017 in Milwaukee, Wisconsin. NOTE TO USER: User expressly acknowledges and agrees that, by downloading and or using this photograph, User is consenting to the terms and conditions of the Getty Images License Agreement. (Photo by Dylan Buell/Getty Images)

MILWAUKEE — If it was a secret before, it certainly isn't now — the Milwaukee Bucks and their players are a close group.

Thon Maker was traded to the Detroit Pistons on Wednesday morning for 22-year-old Stanley Johnson, as a result of his wish to get more playing time and opportunities.

His teammate, 2019 NBA All-Star captain Giannis Antetokounmpo, was sad to hear about the move because they had been teammates since Maker entered the league three years ago.

“I talked to thon...But I didn’t try to talk to him a lot cause I know I would get emotional cause he’s technically my little brother, been with him 3 years...you know it’s tough but he’s a tough guy and this opportunity is going to be good for him.” — @Giannis_An34

With the way Brook Lopez and D.J. Wilson have played, there weren't enough minutes for the 2016 lottery pick.