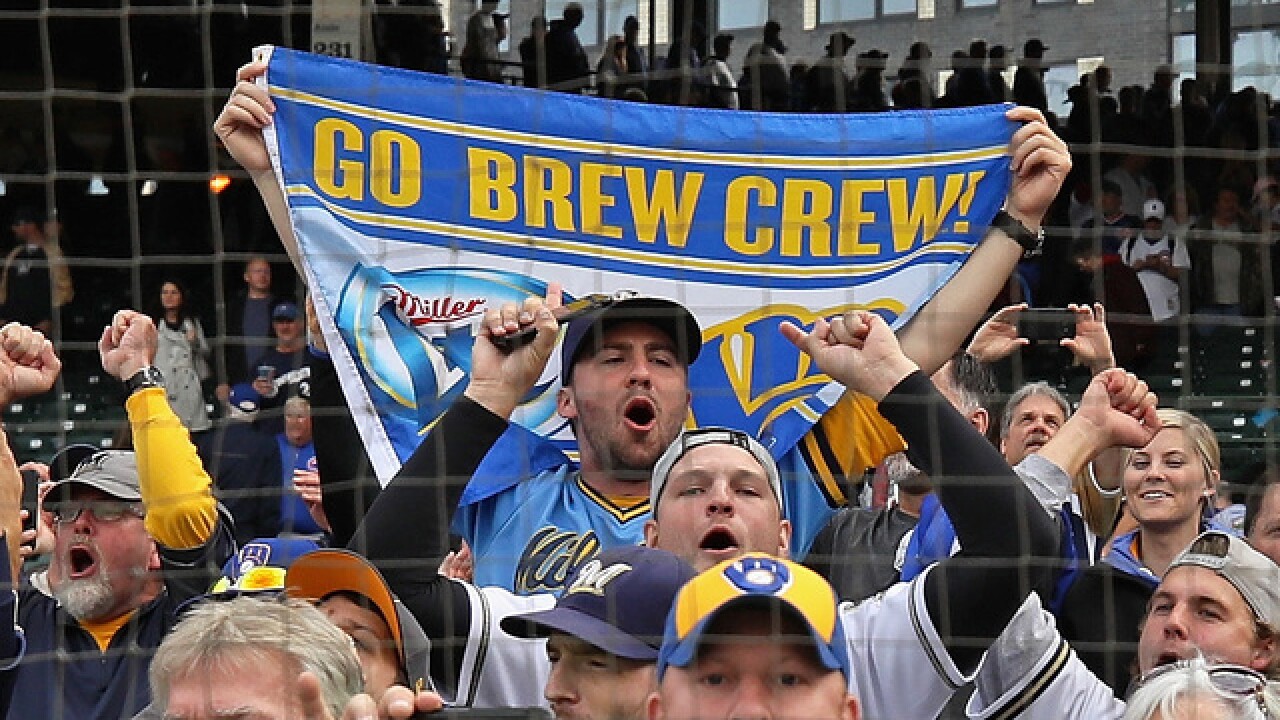 Copyright Getty Images
Jonathan Daniel
<p>CHICAGO, IL - OCTOBER 01: Fans of the Milwaukee Brewers celebrate after the Brewers beat the Chicago Cubs in the National League Tiebreaker Game at Wrigley Field on October 1, 2018 in Chicago, Illinois. The Brewers defeated the Cubs 3-1 to win the Central Division. (Photo by Jonathan Daniel/Getty Images)</p>

Game 1 of the National League Division Series is on Thursday and Milwaukee is hosting.

The first pitch of the game between the Brewers and the Wild Card winner of Tuesday night's game is scheduled for 4:07 p.m.

All fans will receive a Brewers Rally Towel upon entry courtesy of Potawatomi Casino.

Fans are encouraged to enter the ballpark early to avoid long lines and the possibility of missing a pitch.

Ceremonial First Pitches for the Division Series will not be announced in advance, but the Brewers encourage fans to be in their seats for the moment.

The National Anthem singer has not yet been announced.

Game programs will be available for sale for $10 inside Miller Park.

The Brewers Team Store will open at 8 a.m. on Thursday. The store at Home Plate Gate won't be open until 1 p.m., but all stores will be open 30 minutes after the game ends.

The status of the Miller Park roof will be announced on Thursday morning.

All National League Division Series tickets are sold out.