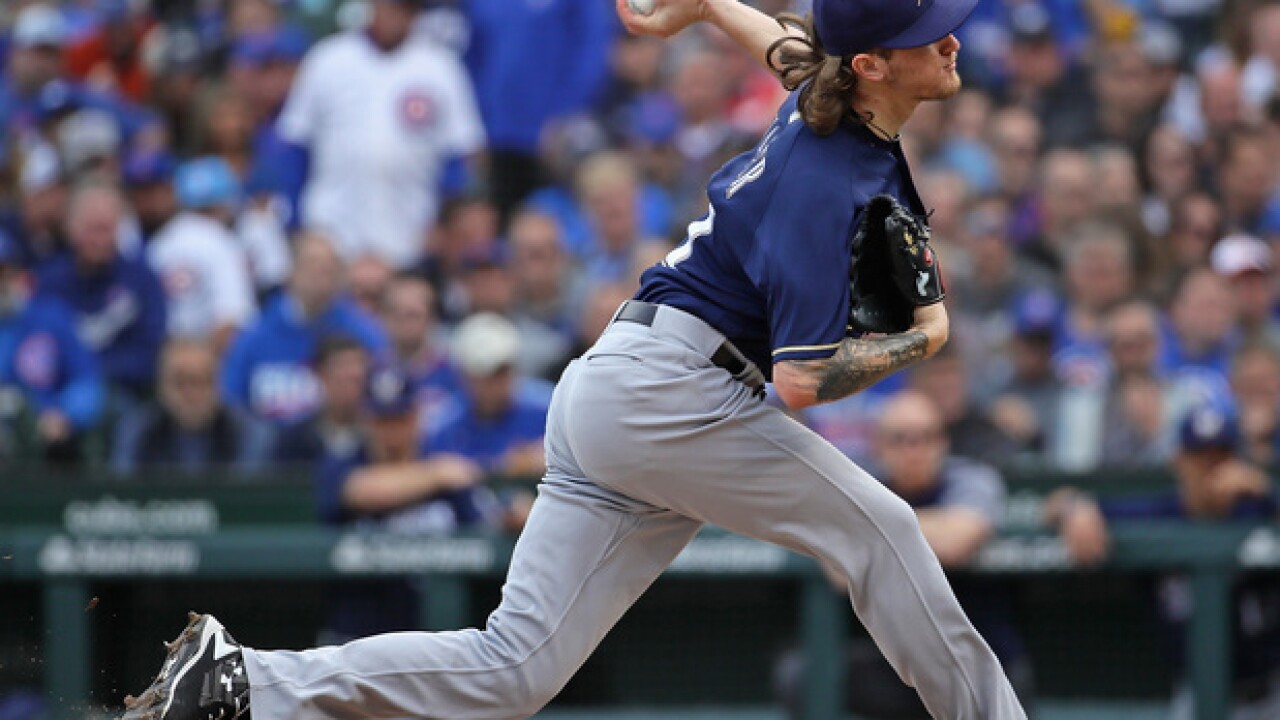 Copyright Getty Images
Jonathan Daniel
<p>CHICAGO, IL - OCTOBER 01: Josh Hader #71 of the Milwaukee Brewers pitches in the 9th inning against the Chicago Cubs during the National League Tiebreaker Game at Wrigley Field on October 1, 2018 in Chicago, Illinois. The Brewers defeated the Cubs 3-1 to win the Central Division. (Photo by Jonathan Daniel/Getty Images)</p>

The Brewers win against the Chicago Cubs to secure the NL Central title is a moment that will not be forgotten any time soon in the Cream City.

If you were secretly hoping Celine Dion was at the game narrating the moment of victory, then you're in luck. Twitter user @TitanicBaseball played Dion's "My Heart Will Go On" over game footage to make the already epic moment even better.

THE @BREWERS WIN THE NATIONAL LEAGUE CENTRAL DIVISION TITLE!!! THE FINAL OUT IS EVEN BETTER WITH TITANIC MUSIC!!!

The user is known for taking replay-worthy sports moments and playing the Titanic song in the background. It's such a hit that some fans were upset when the Brewers win wasn't remixed right away.

Give me some time Brewers fans. I got you but need to finish work first (yes I do have a day job, haha).

This is the first time since 2011 that the Brewers are making an appearance in the postseason. Game 1 of the team's division series is on Thursday.