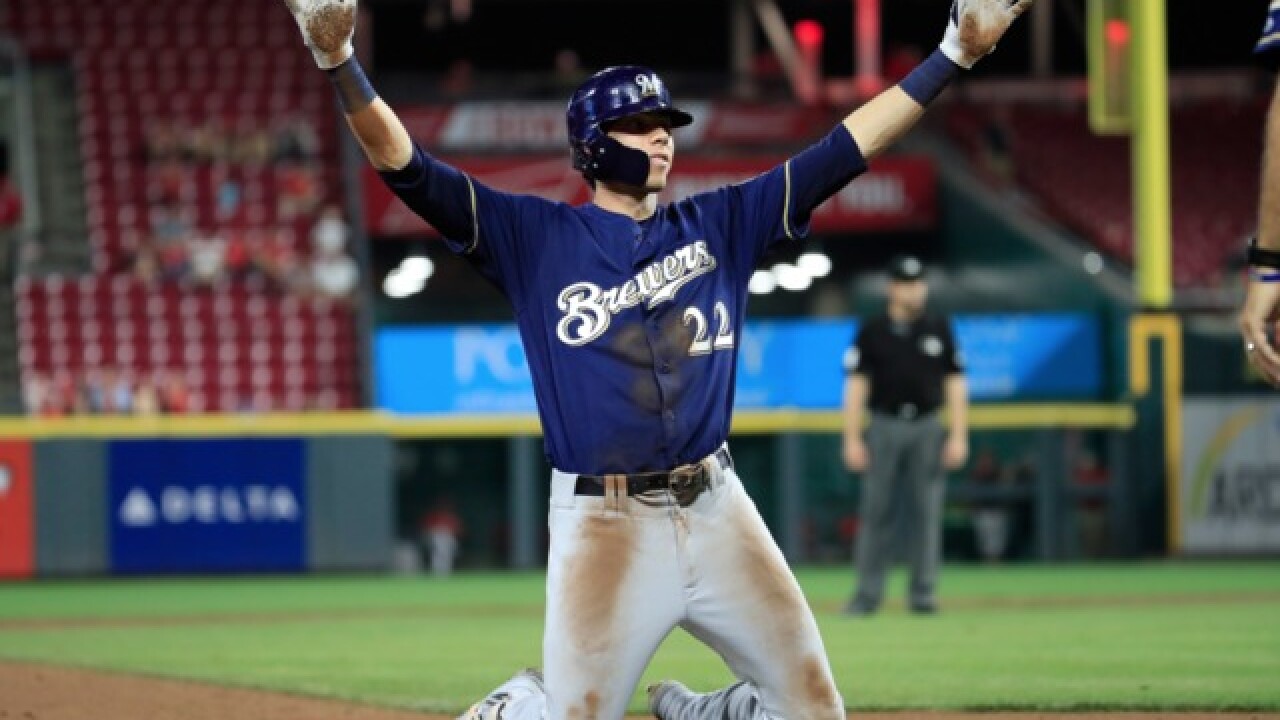 It was tough to pick the best moments from Christian Yelich's MVP season because he was consistently clutch over the 2018 campaign.

Here's a look at the top plays from Yelich's historic season:

Yelich hits for the cycle...for the first time

In August, Yelich became the first Brewers player since 2011 to hit for the cycle, meaning he hit a single, double, triple and home run in one game.

Yelich hit the milestone against the Cincinnati Reds. George Kottaras was the last Brewer to hit for the cycle.

Yelich hits for the cycle...AGAIN!

Just a few weeks after hitting his first cycle of the season, Yelich became just the third player in 87 years to hit for the cycle twice in one season.

He joins Babe Ruth, Aaron Hill, Tip O'Neill and John Reilly as the only players to hit the milestone twice.

There was plenty to define Yelich as a player on the field, but at least one moment helped us learn who he is as a man.

Yelich's brother was honorably discharged from the U.S. Marines Corps, and came to Miller Park to see Yelich and the Brewers fight for a playoff spot.

His brother Cameron served a four-year commitment and had not seen Yelich play since 2016.

When Cameron tossed the first pitch, Christian was behind the plate.

Early on we saw the magic #22 was going to bring to Miller Park night in and night out.

Yelich hits walk-off base hit against the Chicago Cubs

In an important late-season series against the Cubs, Yelich hit the game-winning base hit to give the Brewers the win.

CELINE DION PLAY OF THE GAME!!! from r/Brewers

The win became very important for the Brewers down the stretch, finishing the season in a tie with the Cubs for the NL Central Division crown. The Brewers went on to win that title in Game 163 at Wrigley Field.

Yelich brought the lumber to the postseason as well in 2018.

In Game 1 of the NLDS, he hit two-run home run in the third inning to give the Brewers an early lead.

As he rounded the bases, the fans started chanting what has now been made official: Yelich the MVP.

After a tough series against the Los Angeles Dodgers, Christian Yelich made some noise right out of the gate in Game 7 of the NLCS.

Yelich hit a solo home run in the first inning to bring Brewers fans to their feet early at Miller Park.

While the game ultimately didn't end the way Brewers fans hoped for, the Game 7 home run was an exclamation point on an unforgettable season by #22.