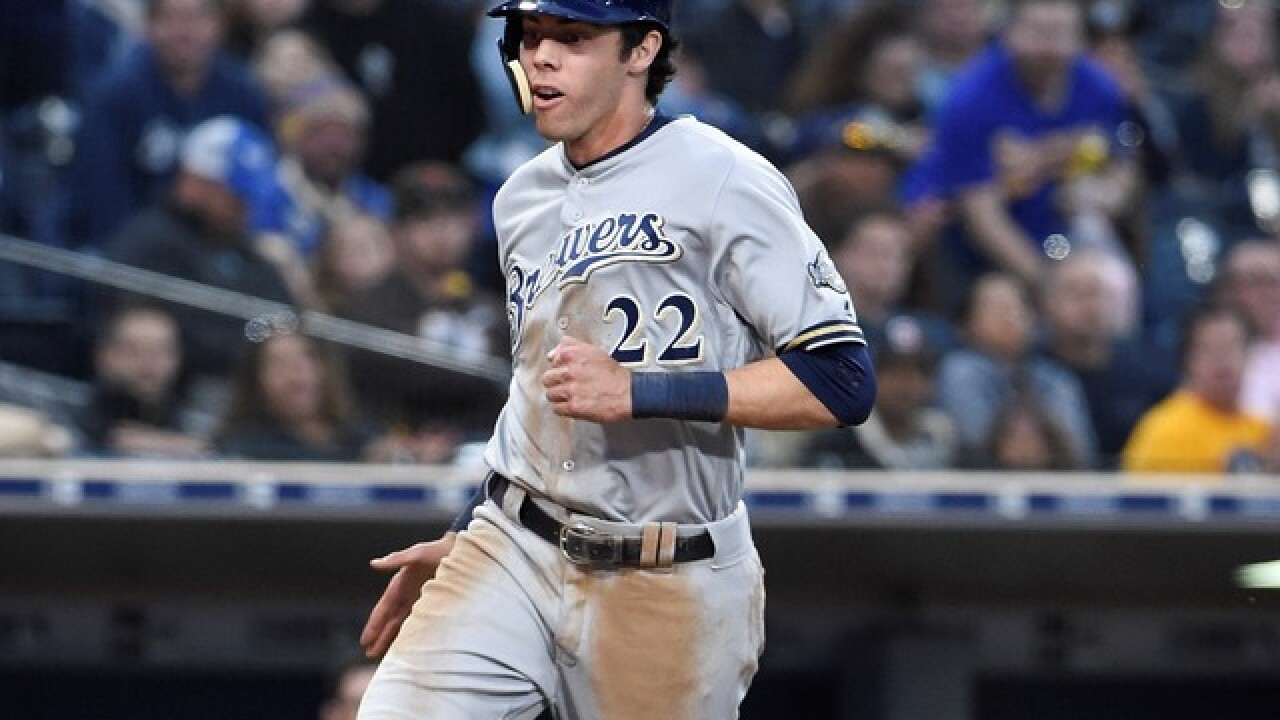 MILWAUKEE – It’s been a great month for Milwaukee Brewers’ Christian Yelich. He’s heading to the MLB postseason for the first time – and it’s likely he's won the NL Most Valuable Player award.

And on Friday his month is going to get even better.

MLB.com reports Yelich’s younger brother, Cameron, has been honorably discharged from the United States Marine Corps – and is expected to attend the Brewers’ final regular-season series at Miller Park against the Detroit Tigers this weekend.

Congrats to my little brother @camyeli on becoming a United States Marine. Very proud of you man and thank you for serving our country!

According to MLB.com’s report, Cameron served a four-year commitment in the Marines and has not seen an MLB game since 2016.  During that time, his big brother made his first MLB All-Star team and has won a gold medal with Team USA in the World Baseball Classic.