Ryan Braun headed to DL with back tightness 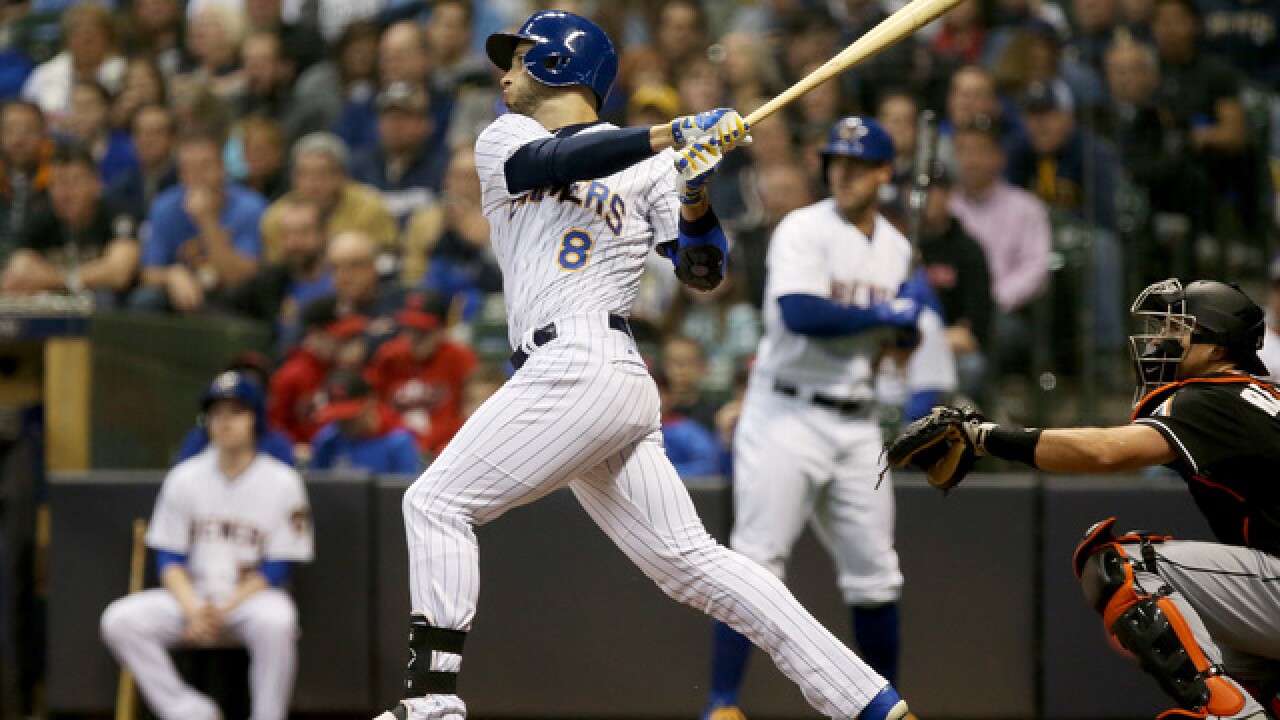 Copyright 2018 Scripps Media, Inc. All rights reserved. This material may not be published, broadcast, rewritten, or redistributed.
Dylan Buell
MILWAUKEE, WI - APRIL 20: Ryan Braun #8 of the Milwaukee Brewers hits a single in the sixth inning against the Miami Marlins at Miller Park on April 20, 2018 in Milwaukee, Wisconsin. (Photo by Dylan Buell/Getty Images)

Brewers outfielder Ryan Braun has been placed on the 10-day disabled list, according to a release from the team.

Braun was scratched from the lineup on Monday, May 14 prior to the team's matchup with Arizona with right mid-back tightness

He has not hit a home run since April 20 against Miami and has only recorded 4 hits and 5 RBI in the month of May.

Entering his 12th season with the Brewers, Braun has not played 150 games or more since 2012, the year after being named MVP.

Last season, he suited up for 104 games, the second-lowest total of his career. He suffered from a strained left calf that sent him to the DL twice.

Braun has three years left in his contract, scheduled to have a mutual option in 2021 that would include a $4 million buyout. He is scheduled to earn at least $15 million in all three of those seasons.