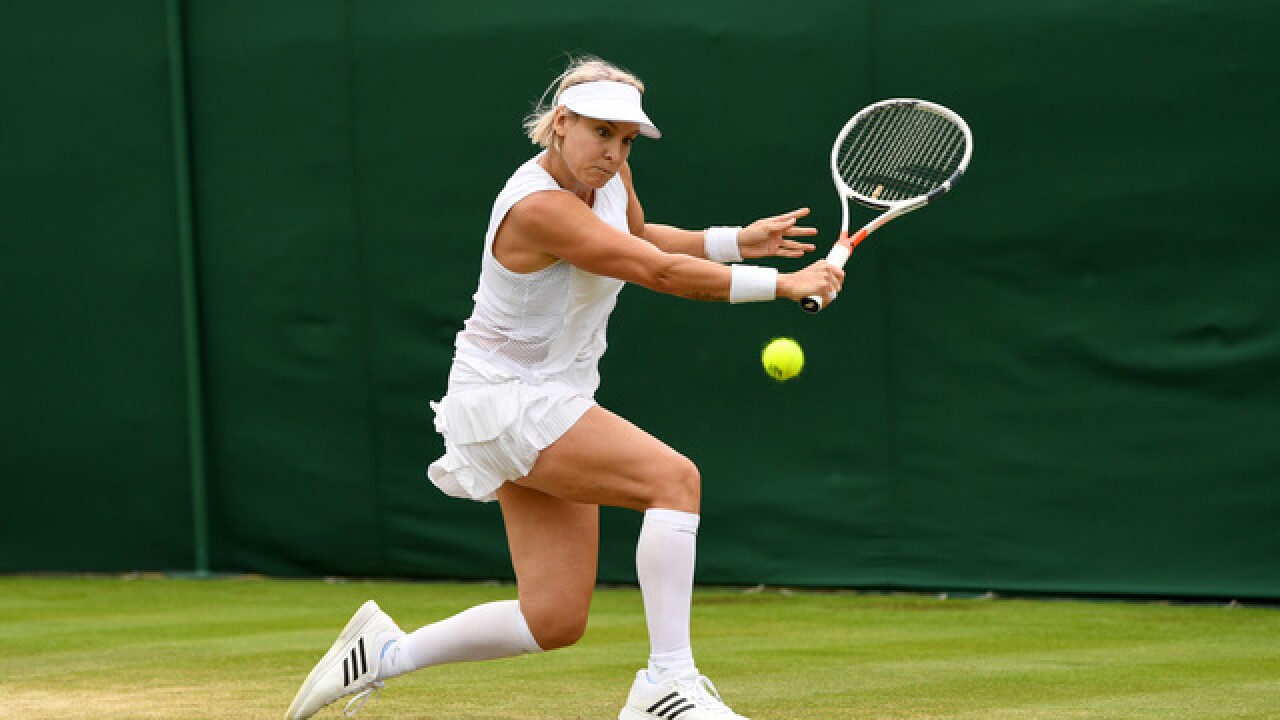 Copyright 2018 Scripps Media, Inc. All rights reserved. This material may not be published, broadcast, rewritten, or redistributed.
Shaun Botterill
LONDON, ENGLAND - JULY 04: Bethanie Mattek-Sands of The United States plays a backhand during the Ladies Singles first round match against Magda Linette of Poland on day two of the Wimbledon Lawn Tennis Championships at the All England Lawn Tennis and Croquet Club on July 4, 2017 in London, England. (Photo by Shaun Botterill/Getty Images)

Tennis Olympic gold medalist and diehard Packers fan Bethanie Mattek-Sands received the surprise of a lifetime Tuesday when she was handed an autographed Aaron Rodgers helmet.

Best day ever when @wta and @packers send a #SURPRISE from the #legend himself. @aaronrodgers12 even spelled my name right!!! #gopackgo

The signed helmet read, "Best wishes for your comeback season"

Mattek-Sands, letting out an audible scream in an Instagram video produced by Women's Tennis Association, said, "You've always been an inspiration to me. I believe in you and I feel like you believe in me too."

The 36-year-old Mattek-Sands, a native of Rochester, Minnesota, suffered a devastating knee injury at Wimbledon in 2017, dislocating her kneecap and rupturing her patellar ligament.

Before the injury, she was the world's number one doubles player winning both the Australian and French Opens.

She appreciated the support from Rodgers and she also made sure to wish him good luck in his comeback season.

"Listen, I am a Packers fan wether we are winning or losing and I feel like right now it always comes down to Aaron Rodgers," she said. "We are doing well if he's playing well and healthy...C'mon Aaron, you got this."

Mattek-Sands is a true Packers diehard. In her Olympics bio, she listed watching the Packers as one of her main hobbies and says her husband, Justin Sands, is a Brett Favre lookalike.

But what really made her excited is that Rodgers spelled her name correctly on the helmet.