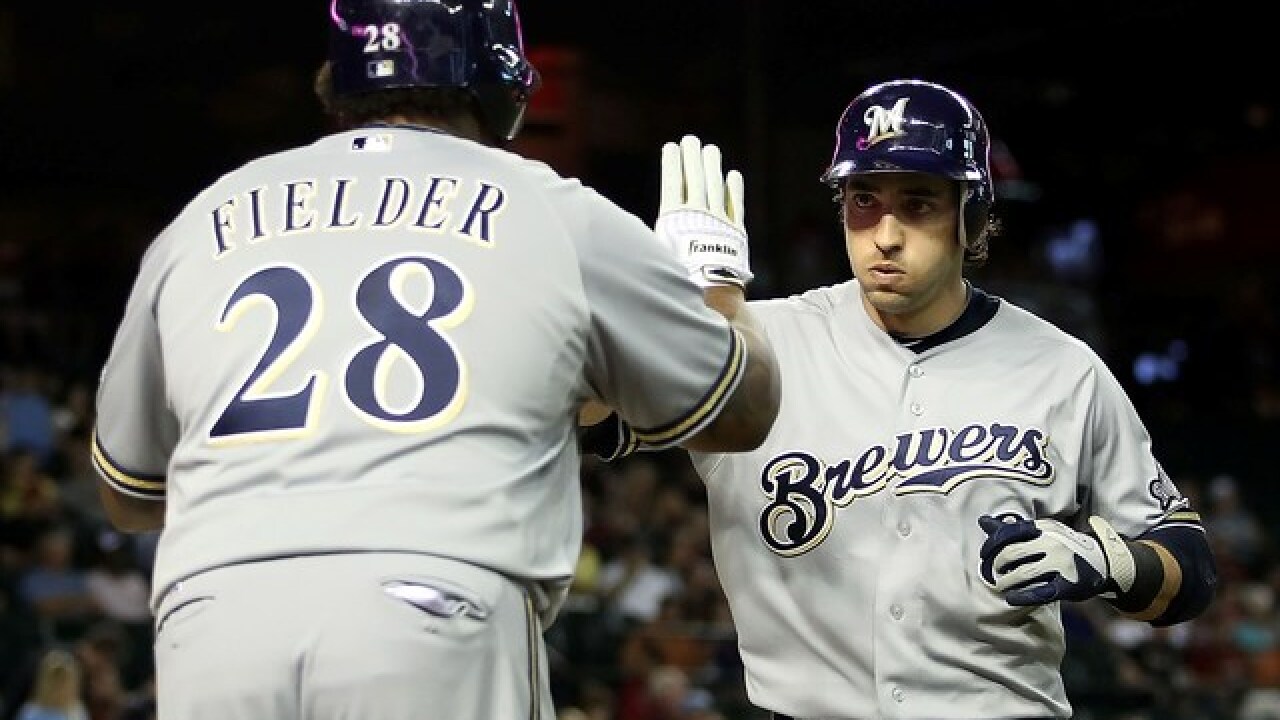 The Milwaukee Brewers had quite the eventful night against the Washington Nationals Tuesday night.

The team honored inductees into their Walk of Fame and Wall of Honor, Tyler Saladino's sac fly scored the game-winning run, OH! And Prince Fielder and Ryan Braun broke out one of the most iconic Milwaukee celebrations one last time.

Fielder was a guest as the Brewers honored him, Doug Melvin and Harry Dalton as they inducted them into their Walk of Fame and Geoff Jenkins into the Wall of Honor before the game.

After throwing out the first pitch, Fielder ran over to his catcher, Braun, and performed the "boxing" style celebration in front of the hometown crowd.

The handshake got a laugh from the two former teammates and a big cheer from the fans at Miller Park who remember the two sluggers belting home runs together.

The two performed the celebration after big hits and plays during their time together with the Brewers, especially during the 2008 season where the duo combined for 71 home runs and also broke a 26-year-old playoff drought.