Division rivals battle it out online 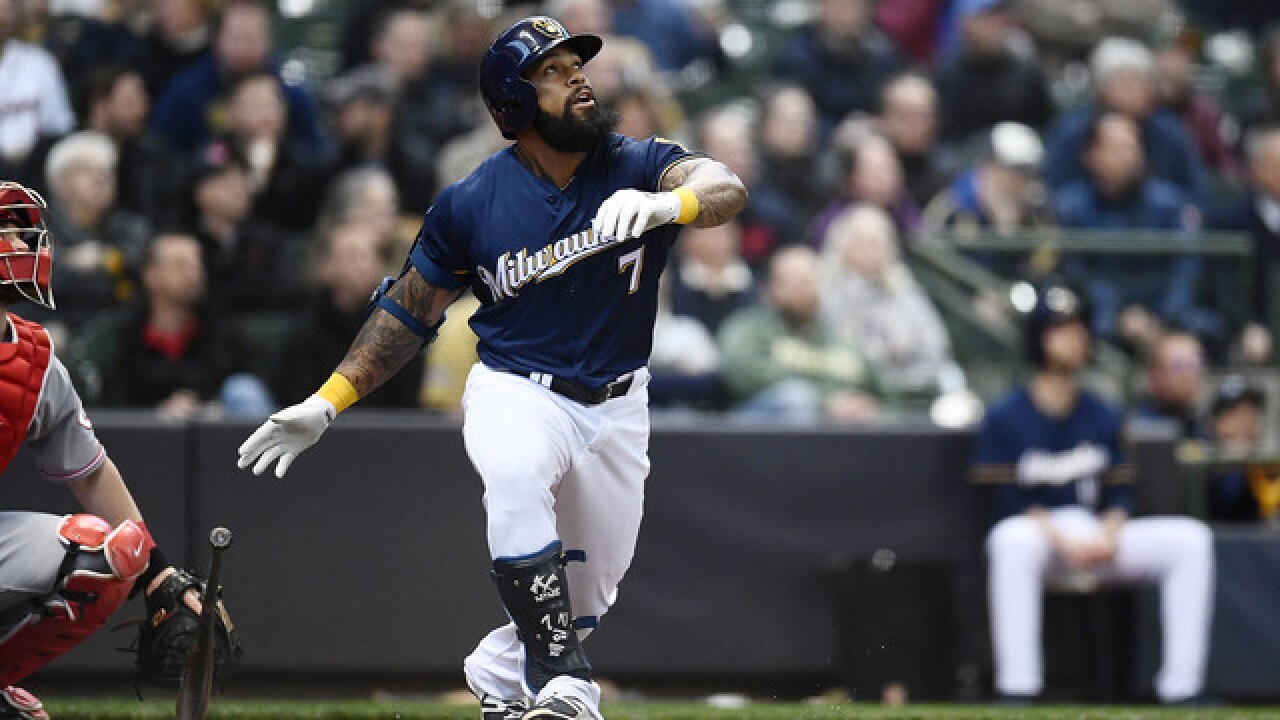 Image copyright 2018 Getty Images. All rights reserved. This material may not be published, broadcast, rewritten, or redistributed.
Stacy Revere
<p>MILWAUKEE, WI - APRIL 18: Eric Thames #7 of the Milwaukee Brewers hits a two run home run against the Cincinnati Reds during the third inning of a game at Miller Park on April 18, 2018 in Milwaukee, Wisconsin. (Photo by Stacy Revere/Getty Images)</p>

The Cincinnati Reds are taking "Ls" from the Brewers on and off the field.

On Wednesday, the Reds posted a short video feature on Jesse Winker, a 24-year-old outfielder in his second year with the team, who always gets an extra "L" put in his name to make it sound like Winkler.

Reminder from the home of The Fonz: Jesse Winker doesn't take Ls. pic.twitter.com/pSMDSZ7F1F

Since Milwaukee is known for Henry Winkler's character "The Fonz" from Happy Days, the Reds compared Winker to Winkler saying, "Reminder from the home of The Fonz: Jesse Winker doesn't take L's"

In response, the Brewers posted a quote tweet of Tuesday night's 2-0 final score with a chin-scratching emoji.

Nothing else needed to be said. And judging by the comments, Brewers fans loved it.

It's not the first time this week the Brewers got a little snarky on Twitter. On Sunday, they went after the Cubs and other teams that canceled games because of bad weather.