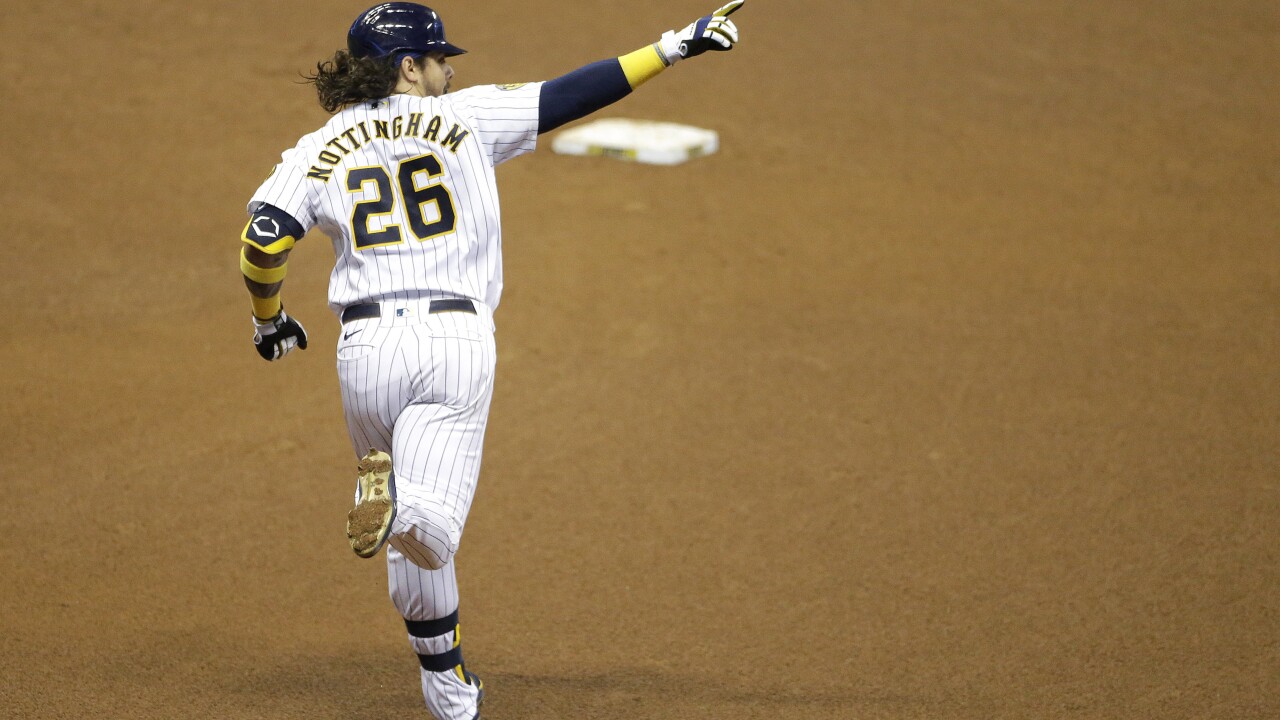 MILWAUKEE — Jacob Nottingham hit a grand slam and Orlando Arcia added a three-run shot as the Milwaukee Brewers rallied from an early four-run deficit and beat the Kansas City Royals 9-5.

Nottingham’s two-out blast to left off Danny Duffy capped a six-run rally in the fourth inning that put the Brewers ahead for good.

The comeback had begun when Christian Yelich led off the fourth with his 150th career homer.