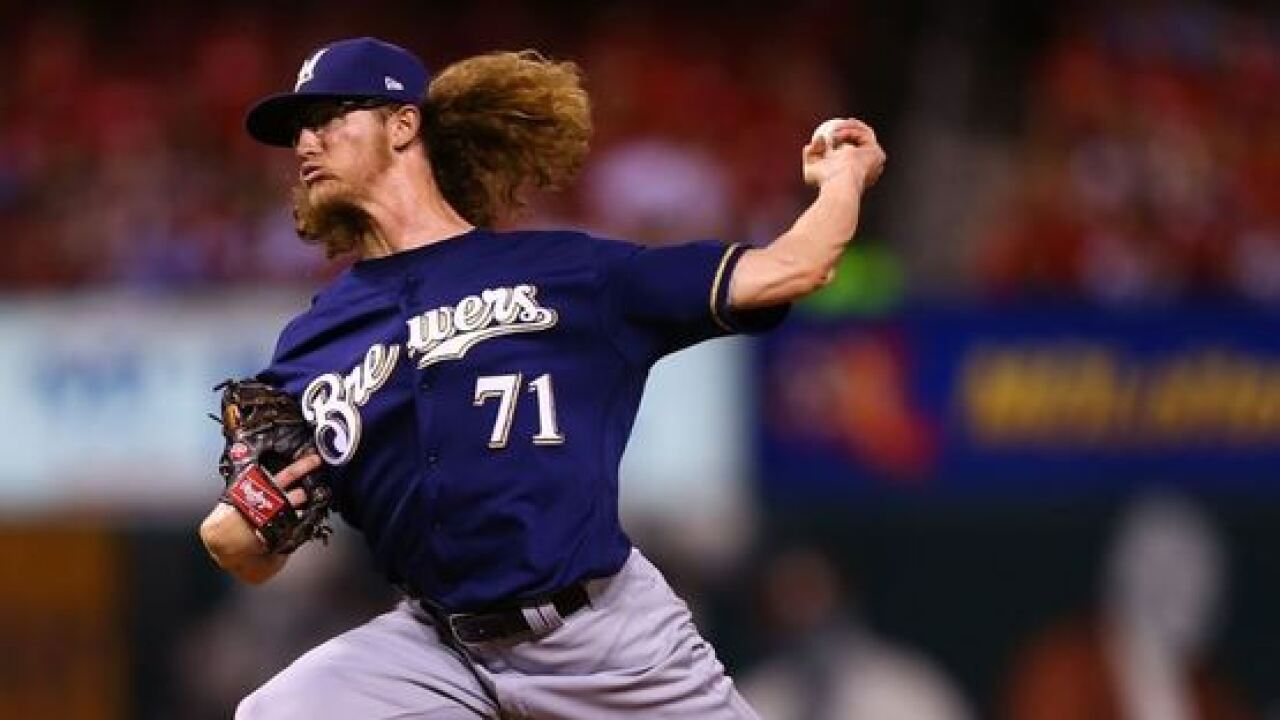 MILWAUKEE — Josh Hader took home the Trevor Hoffman National League Reliever of the Year Award for the second year in a row Saturday.

Hader stood on Nationals Park field prior to World Series Game 4 and received his second consecutive Reliever of the Year Award. He is one of only two players to win the league's award in back-to-back years.

The reliever of the year for each league are chosen by a panel of seven all-time great relievers including Hall of Famers Trevor Hoffman and Mariano Rivera, who presented the awards.

Hader was chosen over the Padres closer Kirby Yates and Giants lefty Will Smith in the National League.

Hader said it's a "great honor to be even in consideration with all the great names that are part of this," according to the Brewers .

Aroldis Chapman, a pitcher for the Yankees, took home the award for the American League.