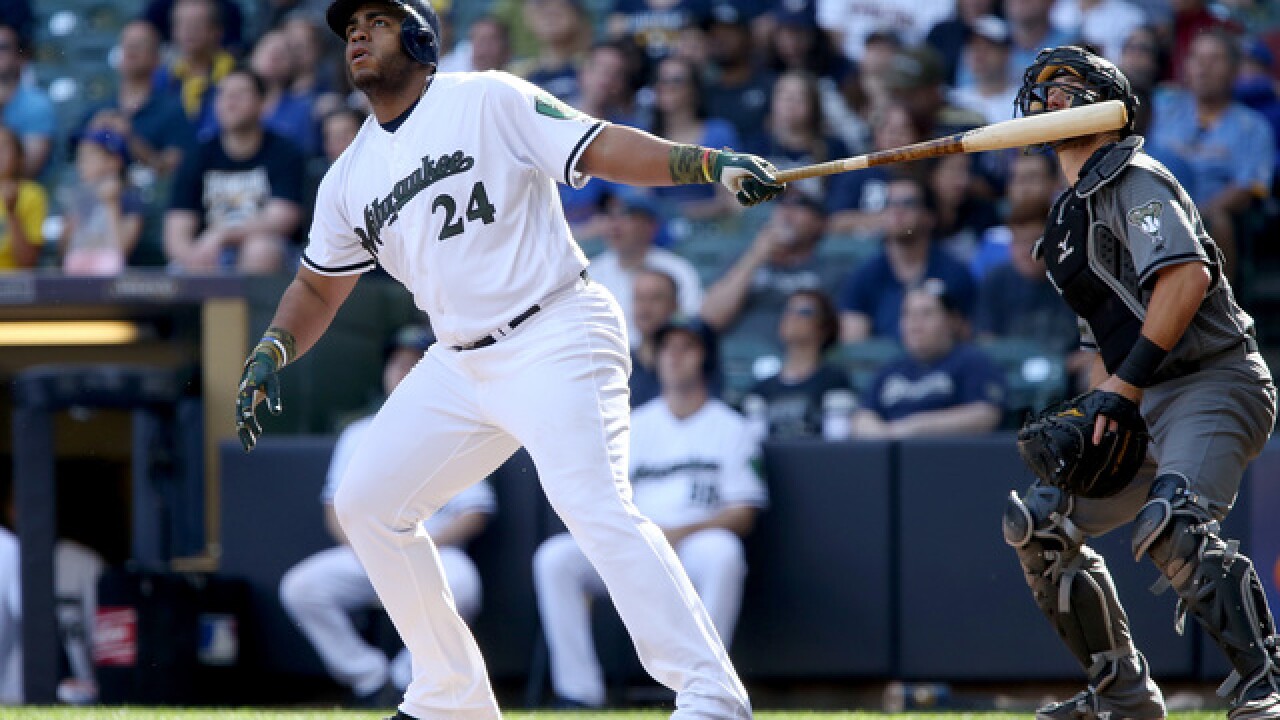 Image copyright 2017 Getty Images. All rights reserved. This material may not be published, broadcast, rewritten, or redistributed.
Dylan Buell
<p>MILWAUKEE, WI - MAY 27: Jesus Aguilar #24 of the Milwaukee Brewers hits a home run in the sixth inning against the Arizona Diamondbacks at Miller Park on May 27, 2017 in Milwaukee, Wisconsin. (Photo by Dylan Buell/Getty Images)</p>

The MLB tweeted the field for the derby Wednesday night.

The Brewer’s first baseman is having a breakout year. Aguilar drew 20.2 million votes to send him to the mid-summer classic for the second-highest vote total ever.

Aguilar is tied for the lead in the National League with 23 homers, is batting .303 and has 64 RBI's.