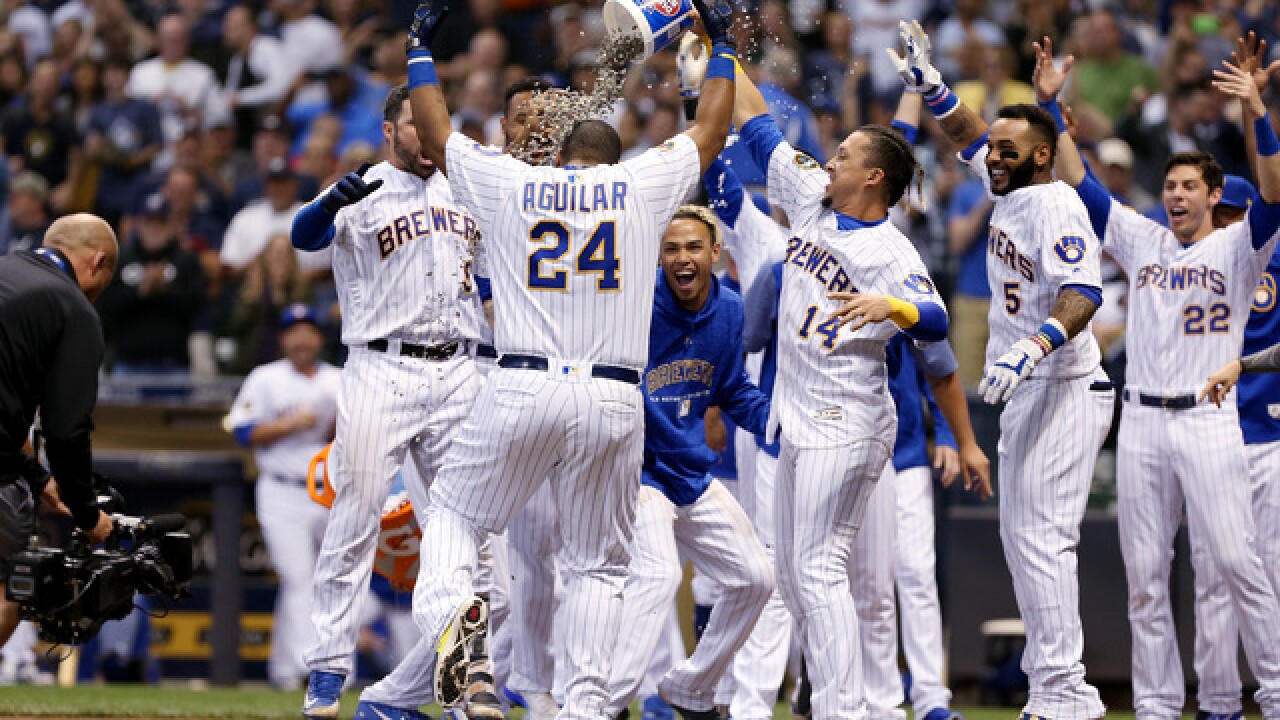 Image copyright 2018 Getty Images. All rights reserved. This material may not be published, broadcast, rewritten, or redistributed.
Dylan Buell
<p>MILWAUKEE, WI - JUNE 22: Jesus Aguilar #24 of the Milwaukee Brewers celebrates with teammates after hitting a walk-off home run to beat the St. Louis Cardinals 2-1 at Miller Park on June 22, 2018 in Milwaukee, Wisconsin. (Photo by Dylan Buell/Getty Images)</p>

MILWAUKEE -- Brewers first baseman Jesús Aguilar is officially a 2018 MLB All-Star after winning the final vote in the National League. He will join three of his teammates in Washington D.C. next weekend. Those teammates being Lorenzo Cain, Christian Yelich and Josh Hader.

Aguilar drew 20.2 million votes to send him to the mid-summer classic for the second-highest vote total ever.

“I want to give my sincerest thank you to every single fan that helped me become an All-Star,” said Aguilar in a statement.  “The support I received has been incredible. I feel like a winner, and I would not have been able to do it without my teammates, the front office and most importantly the fans. Thank you again.”

Aguilar is tied for the lead in the National League with 23 homers, is batting .303 and has 64 RBI's.

Aguilar's MVP level first-half started by barely making the roster back in spring training, to being an everyday starter and All-Star. With a whole other half of baseball to play, Brewer fans everywhere should be ecstatic about the emergence of their star first-baseman.