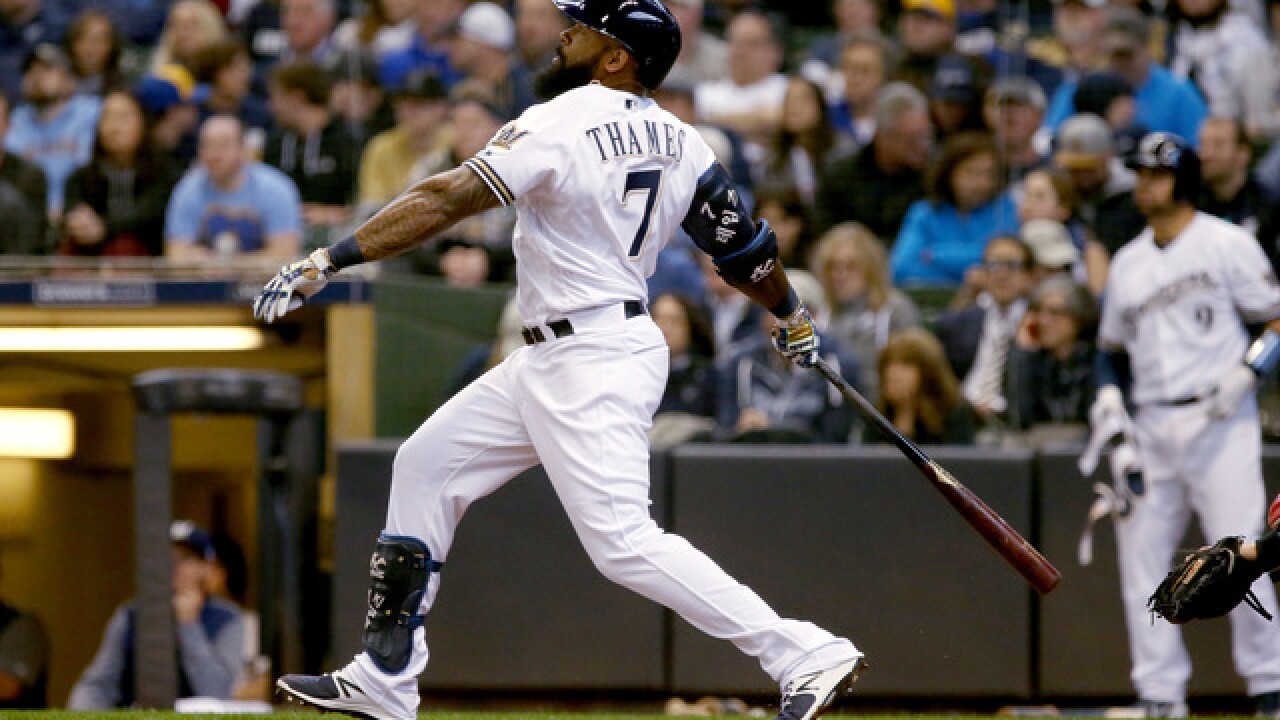 Copyright 2018 Scripps Media, Inc. All rights reserved. This material may not be published, broadcast, rewritten, or redistributed.
Dylan Buell
MILWAUKEE, WI - APRIL 02: Eric Thames #7 of the Milwaukee Brewers hits a home run in the sixth inning against the St. Louis Cardinals at Miller Park on April 2, 2018 in Milwaukee, Wisconsin. (Photo by Dylan Buell/Getty Images)

The Brewers fell to the Cardinals 8-4 during their Monday home opener.

As a team, they collected eight hits—three of them were home runs—and they struck out nine times.

On their total swings, they whiffed 16 times and made contact 43 times.

If any of those above numbers surprise you, they shouldn't. Welcome to the 2018 Brewers.

Last year, the Brewers were second to last in the league in total batted balls with 3,964. They were the only team, outside the Padres, with less than 4,000 batted balls.

It isn't a coincidence they have set MLB record in strikeouts the past two seasons.

But something they did not struggle with was home runs. They hit 224 last season, seventh most in the bigs.

That means 5.6 percent of everything they put in play last season was a home run.

Don't expect that trend to change either.

All around the Major Leagues, home runs are up, strikeouts are up, and groundballs (thanks to the shift) are trending down.

So, if you go to Miller Park this season, or visit the Brewers on the road, prepare for a steady home runs and whiffs.

All stats via baseballprospectus.com