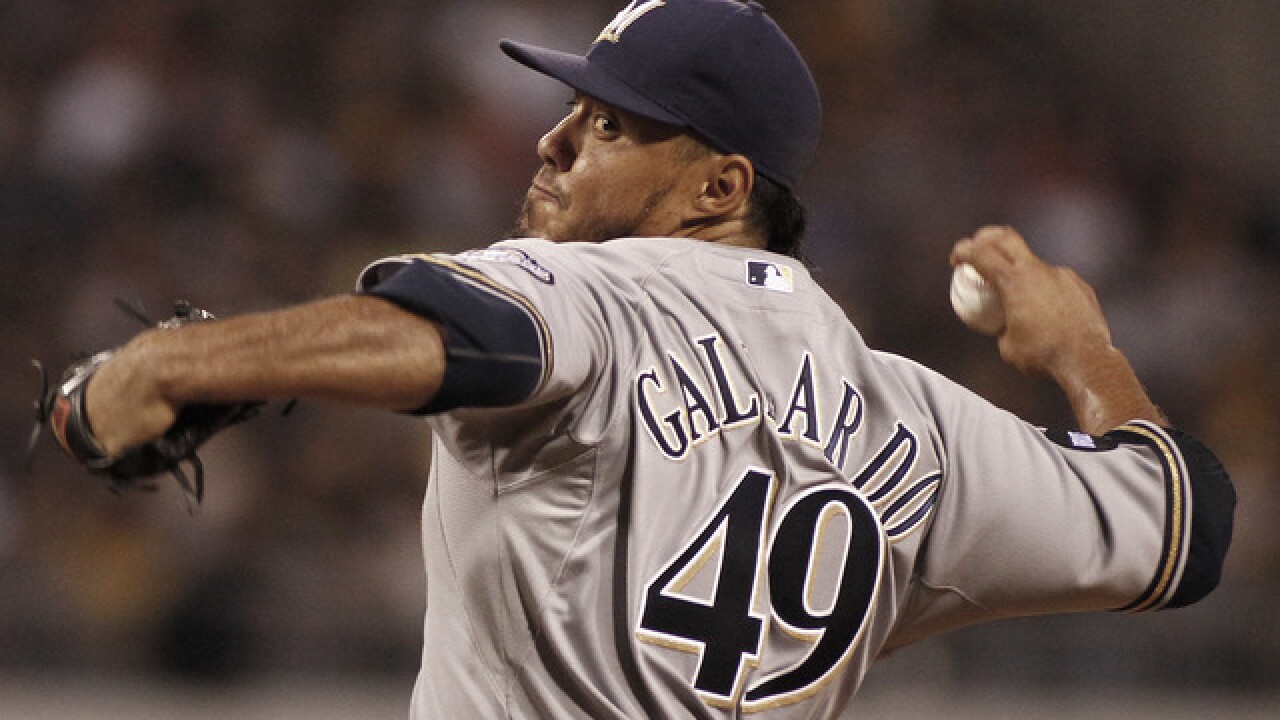 PHOENIX (AP) -- Yovani Gallardo has been released by the Milwaukee Brewers, who owe the 32-year-old right-hander $483,871 in termination pay rather than his $2 million salary.

Milwaukee made the move Monday, two days after manager Craig Counsell said Gallardo had been told he would not be on the opening-day roster.

Gallardo reached the major leagues with Milwaukee in 2007 and spent eight years with the Brewers, starting their 2014 opener. He was 5-10 with a 5.72 ERA for Seattle last year and agreed in December to a one-year contract that was not guaranteed.

He had a 4.73 ERA in 13 1/3 innings over eight spring training appearances, allowing three home runs.

"We're at difficult decision point for sure," Counsell said. "When you get there it was not an easy decision. It ended up being we wanted a little flexibility in some spots in the bullpen. It's important as we go through the season to have that. I think we're going to end up using it this year. We're going to have players there that we feel like we can have a little more flexibility."