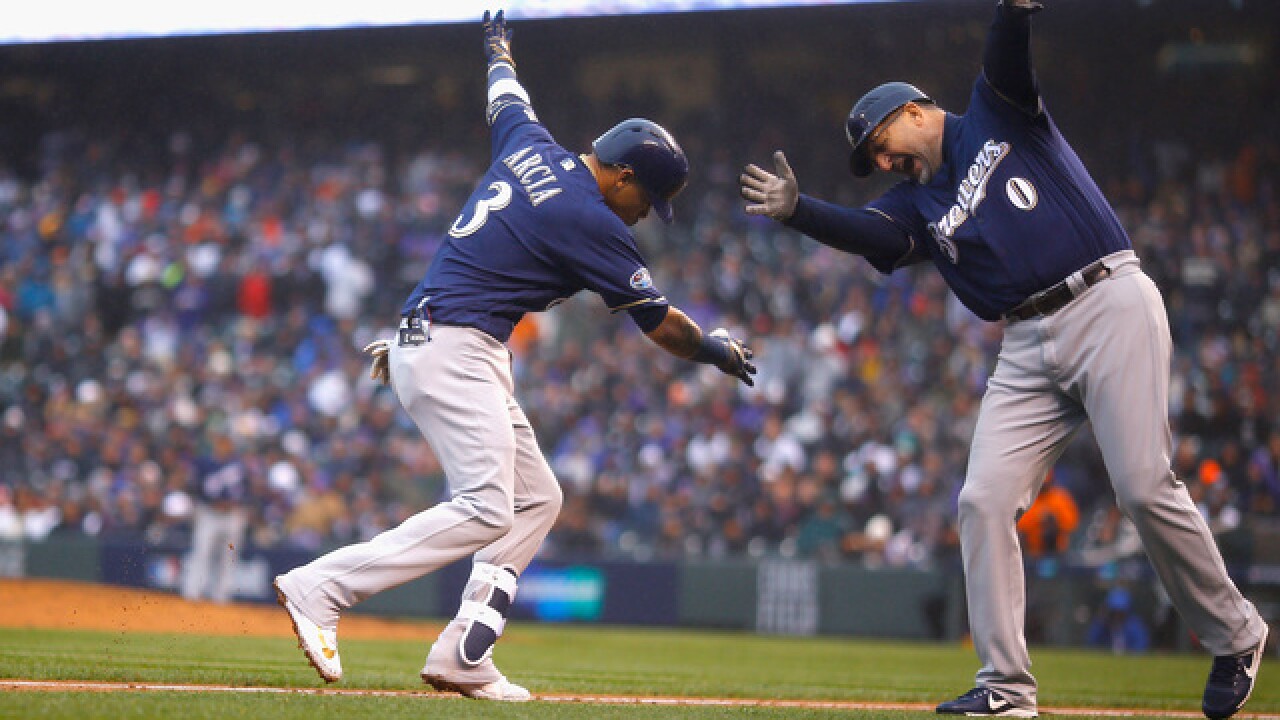 Copyright 2018 Scripps Media, Inc. All rights reserved. This material may not be published, broadcast, rewritten, or redistributed.
Justin Edmonds
<p>DENVER, CO - OCTOBER 07: Orlando Arcia #3 of the Milwaukee Brewers celebrates with third base coach Ed Sedar after hitting a solo homerun in the ninth inning of Game Three of the National League Division Series against the Colorado Rockies at Coors Field on October 7, 2018 in Denver, Colorado. (Photo by Justin Edmonds/Getty Images)</p>

MILWAUKEE -- If one former MLB official is to be believed, the Brewers won't only be fighting the Los Angeles Dodgers in the National League Championship Series -- they'll be up against the league itself.

In an interview with Dan Le Batard and Stugotz on 790 AM's "The Ticket, " former Miami Marlins President David Samson implied the fix is already in for the Dodgers:

"MLB is going to do anything they can to have the Dodgers beat the Brewers," Samson said.

You can listen to the audio for yourself here. The relevant portion starts around 36:00.

"Wow. That is a shocking accusation," Le Batard replied. "He knows he shouldn't have said that."

It's worth noting that Le Batard had previously in the segment described Samson as "a former executive who doesn't mind speaking the truth." Oh -- and he was born in Milwaukee (but raised in New York City).

Adding fuel to the fire are comments made earlier this week by Dodgers outfielder Yasiel Puig, who said his team would beat the Brewers in a 4-0 sweep.  The Brewers are also underdogs in Vegas, according to VegasInsider.com.

But starting this Friday, Craig Counsell and his Crew have the opportunity to try to prove Vegas, Puig, the Dodgers, and David Samson wrong. Game 1 is at 7:10 p.m. Friday.