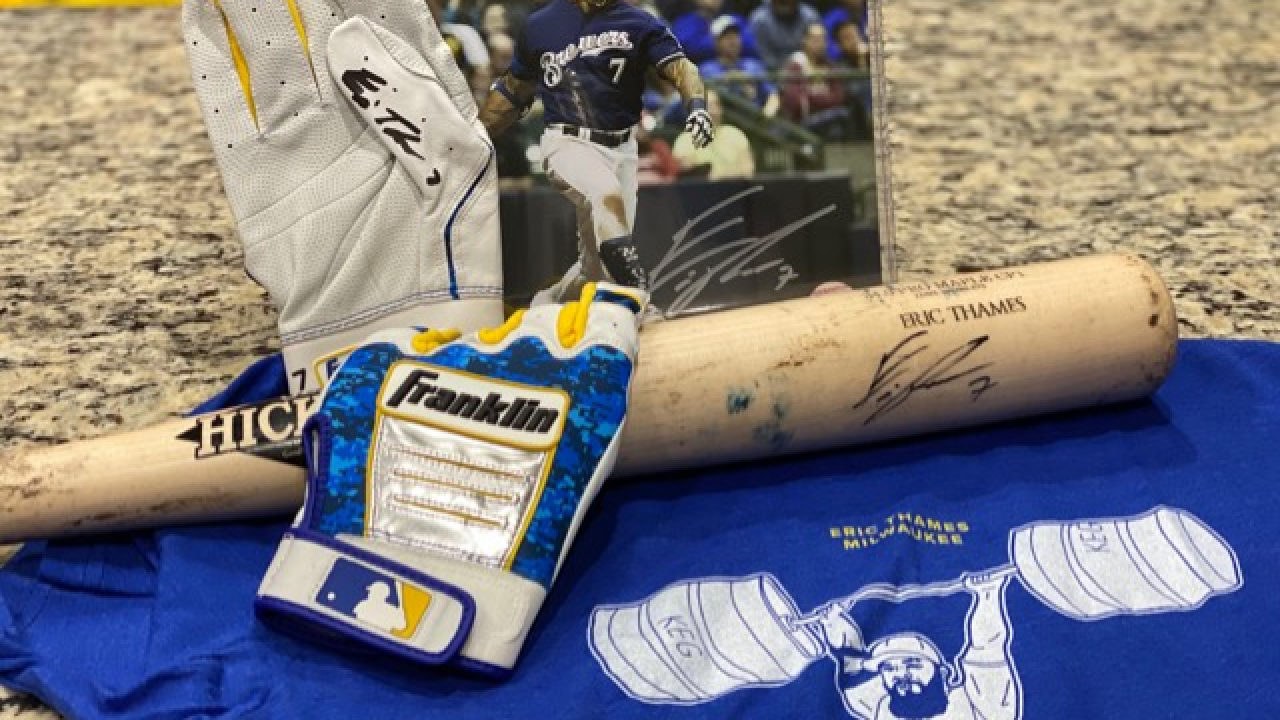 MILWAUKEE — A Milwaukee area boy was heartbroken when news broke that Eric Thames wasn't going to play with the Brewers in 2020, making him a free agent.

In November, Britknee Nickle posted a video of her son, Carson, reacting to the news, in tears about his favorite baseball player.

The video made its way to Eric Thames himself, who sent Carson some Brewers' swag and a note.

"Carson, You and I are both a little bummed about the roster moves this offseason," wrote Thames. "But it is OK!! Baseball is right around the corner and your Brewers ballclub will be on the field giving it their all!"

Carson said that he is no longer a Brewers fan, but instead he's a Nationals fan.