Could this be the year the Bucks, Brewers, and Packers all finish above .500? 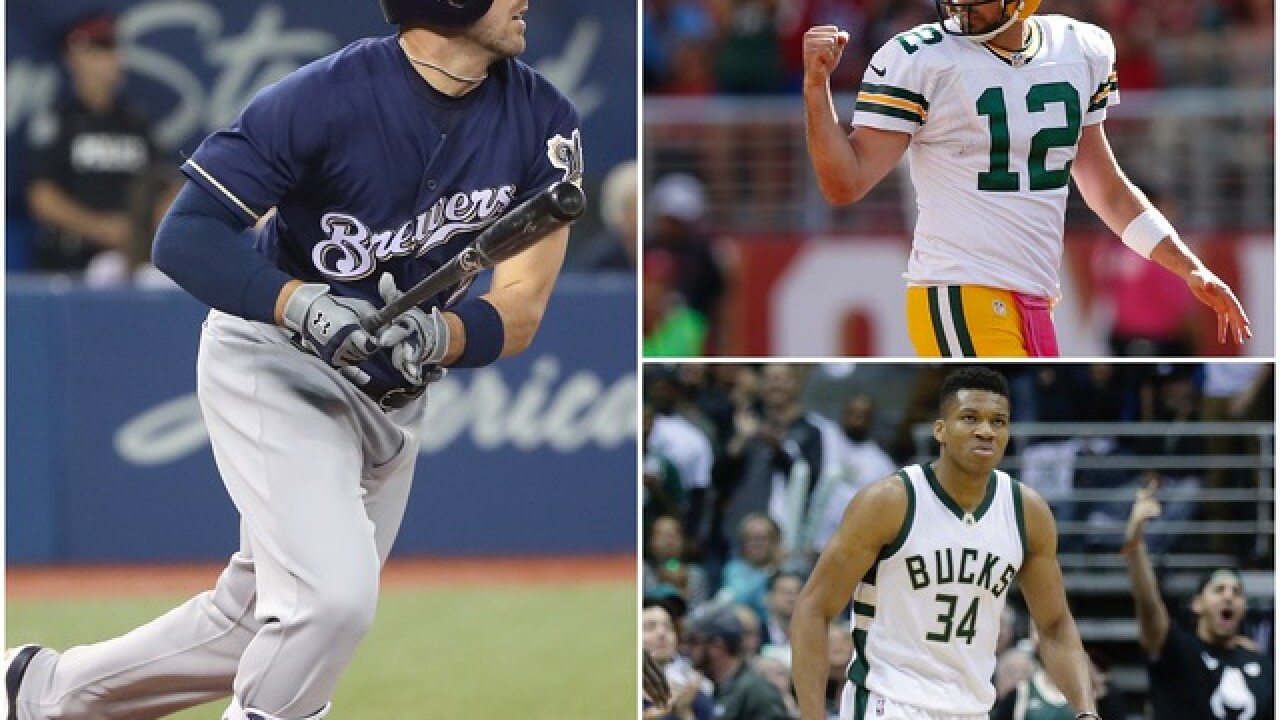 After a wild, come-from-behind victory against the New York Mets on Sunday, the Milwaukee Brewers are now one of the best stories in baseball. Could this be the year the Brewers, Bucks, and Packers all finish above .500?

All three Wisconsin professional squads have not finished above .500 in the same season since 1982 - when the Bucks and Brewers both won their respective divisions, and the Packers finished 5-3-1 in a lockout-shortened season.

Flash forward to 2017, and the Bucks have already put Wisconsin on the right track. The Bucks eeked out a 42-40 record before bowing out in the first round of the NBA playoffs.

The Packers won't kick off their 2017 season for awhile (first game is Sept. 10 vs. Seattle), but Aaron Rodgers seems like a safe bet for at least nine wins. Green Bay is already favored in 12 games this year .

That just leaves the Brewers, who came into the season with little to no hope - Vegas set their over/under win total at just 69.5 . But now the Brewers are four games over .500 for the first time in 964 days.

In fact, the second-place Brewers have a chance to put together a run. Milwaukee just took five of six from the Red Sox and Mets (two preseason World Series hopefuls), and now heads to San Diego (14-25) for a four-game series starting Monday.

And this hot start to the season has been more than just a small-sample size fluke. Here is where the Brewers rank in several categories across baseball:

The pitching still remains an issue. Starters Zach Davies and Wily Peralta are both a mess, and closer Neftali Feliz is getting destroyed.

But if those key arms can turn it around, the Brewers have a chance to push for a wild card spot.

An above-.500 finish for a team that was just looking for 70 wins would be a major step for this young squad. And with all the youth still on the way to Milwaukee, the Brewers might be more than just an up-and-coming team in Wisconsin; the entire baseball world will have to be on the lookout.