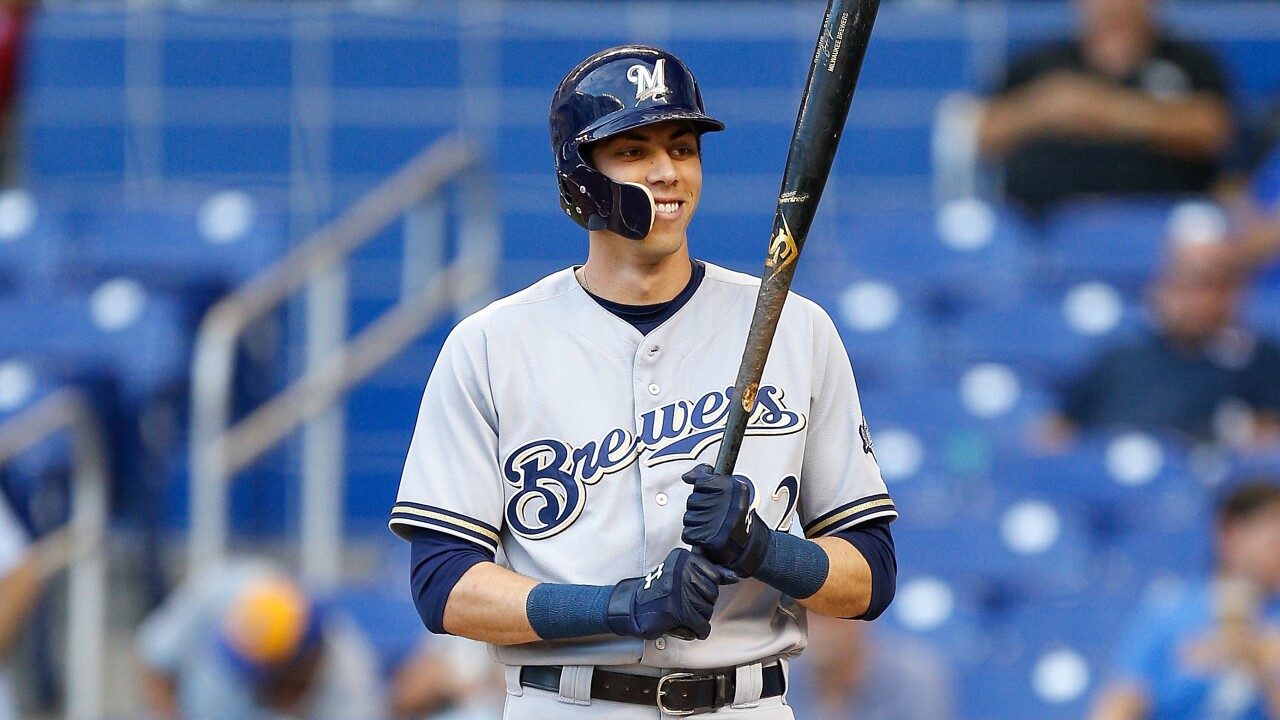 MILWAUKEE — Christian Yelich says his knee is all healed and he's ready for spring training.

Yelich fractured his right knee cap back in September after he hit a foul ball off his leg. Later that night, the Brewers announced the MVP would be out for the rest of the season. This was just before the Brewer's clinched the wild card spot into the post season.

Christian Yelich left tonight’s game with a fractured right knee cap. He will miss the remainder of the season.

Yelich didn't require surgery following the hit, however he was spotted with a cast and crutches following the incident. Now, however, he says he's ready to go.

This is great news for the Brewers and for Milwaukee. Yelich won MVP after the 2018 season and some are suspecting he could even win it again this year. However, that news is yet to be announced.

Even after missing the remainder of the season, Yelich still managed to lead the majors with a .671 slugging percentage and won the "Hank Aaron Award" for the second year in a row.

Who knows what the MVP will bring to the table next season.