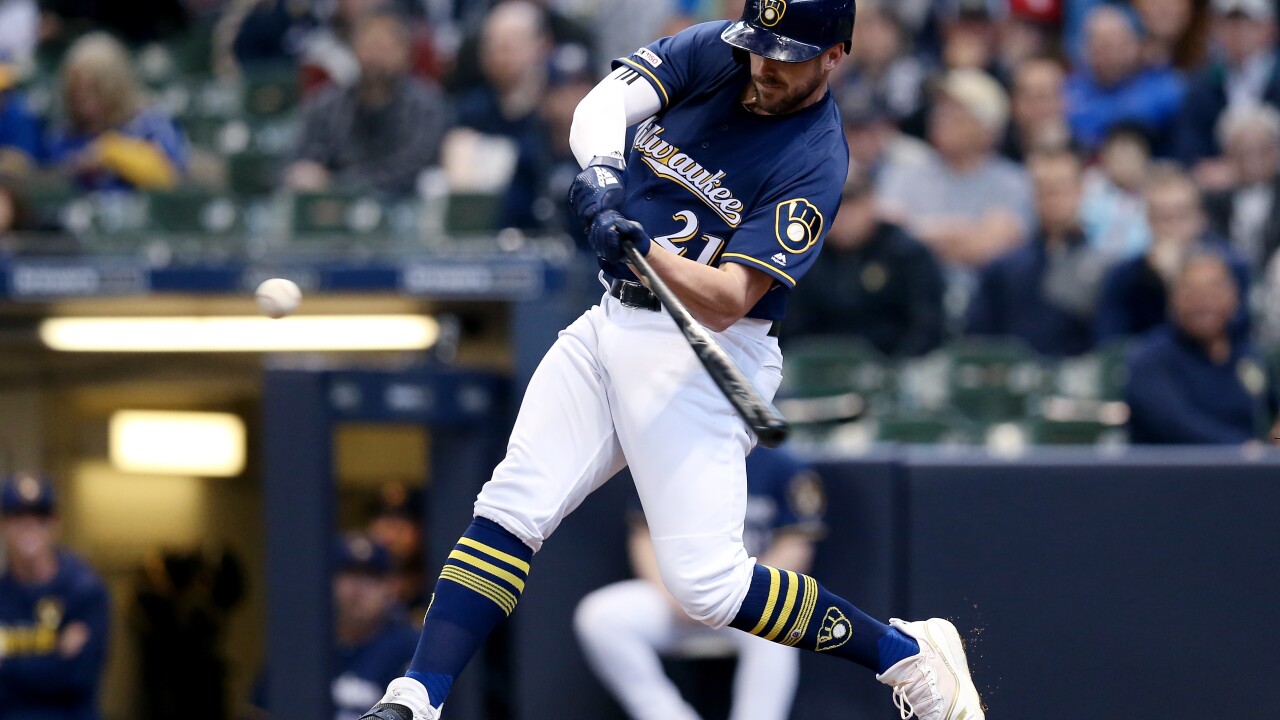 Yelich came in batting .556 with four home runs and 10 RBI in the series, but he was 0 for 2 with a strikeout and a walk against Wacha. Yelich singled in a run in the eighth off Andrew Miller.

Wacha (1-0) bounced back after a tough start Thursday against the Dodgers. He struck out seven over six innings, allowing two runs and five hits to improve to 6-0 career against the Brewers.

Relief pitcher Aaron Wilkerson spoiled Wacha's bid for a shutout in the fifth with a two-run homer, his first major league hit.

Jordan Hicks pitched the ninth for his fourth save.

Milwaukee starter Corbin Burnes (0-2) got beat by the long ball again. He surrendered three home runs in each of his first three starts, then coughed up two more against St. Louis. He's allowed a major league-most 11 on the season.

Ozuna went deep in the second and Carpenter in the fourth. It was Ozuna's fourth consecutive game with a homer and eighth overall.

The Brewers had won nine of 10 against St. Louis, including four in a row, but two RBI singles by Matt Weiters and one apiece by Paul DeJong and Kolten Wong helped snap that streak. DeJong went 4 for 5.

Cardinals: The Cardinals placed OF Harrison Bader (right hamstring strain) on the 10-day injured list, retroactive to April 14, and recalled rookie OF Lane Thomas. He came in as a defensive replacement for Jose Martinez in the eighth. ... C Yadier Molina got the day off.

Brewers: CF Lorenzo Cain got the day off, and Ben Gamel started in his place. ... RHP Jeremy Jeffress, reinstated from the 10-day IL (right shoulder injury) on Tuesday, made his first 2019 appearance in the eighth.

Brewers: RHP Zach Davies (2-0, 1.53 ERA) pitches against the Los Angeles Dodgers on Thursday. He beat them 4-1 at Dodger Stadium on Saturday, allowing one run over seven innings.