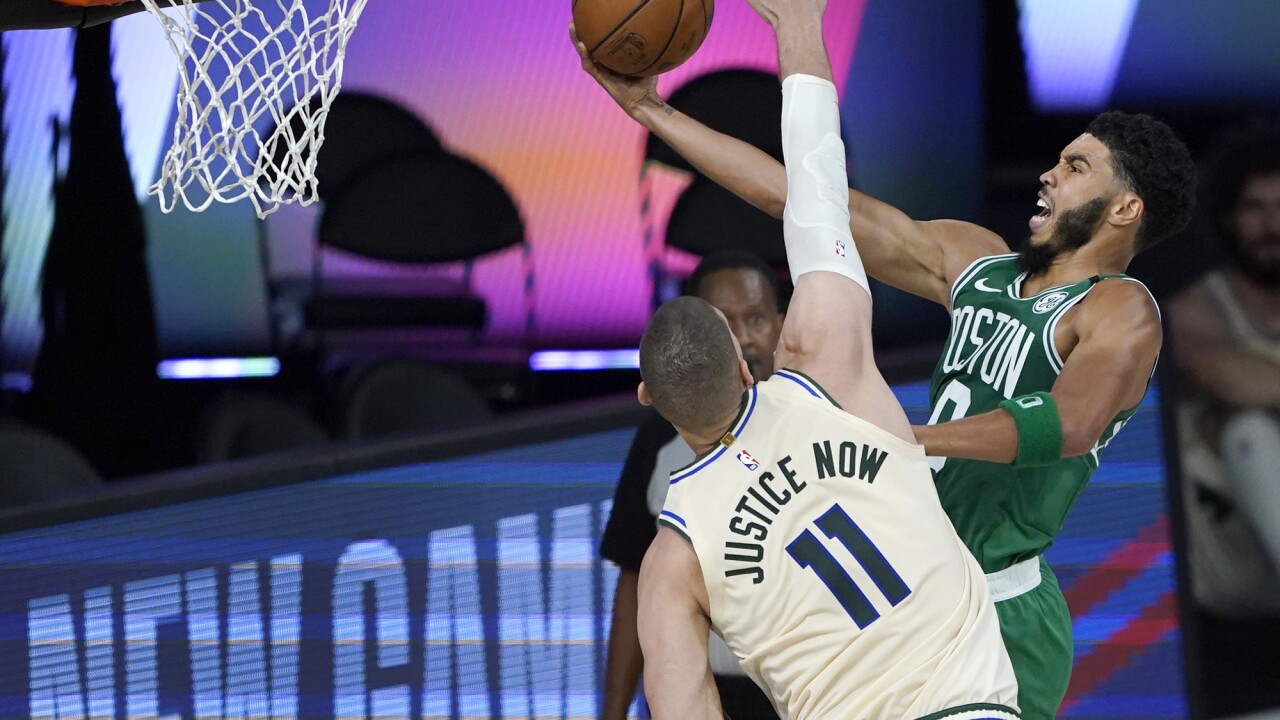 MILWAUKEE — Some Bucks players decided to replace their names on their jerseys with phrases that support the Black Lives Matter movement and fight for equality.

The team debuted the jerseys during Friday night's game against the Boston Celtics. However, not all the jerseys were the same.

Giannis Antetokounmpo replaced his name with "Equality," as did Pat Connaughton. Robin Lopez had "stand up" on the back of his jersey.

These weren't the only players with phrases on their jerseys, in fact, some Celtics players also had their names replaced with phrases.

This movement was expected after the NBA approved it back in early July.

On Thursday, the Bucks tweeted a video showcasing some of the jerseys as well as a few players explaining why they chose the phrase on the back of their jerseys.

There's work to do. pic.twitter.com/x512WIofr8