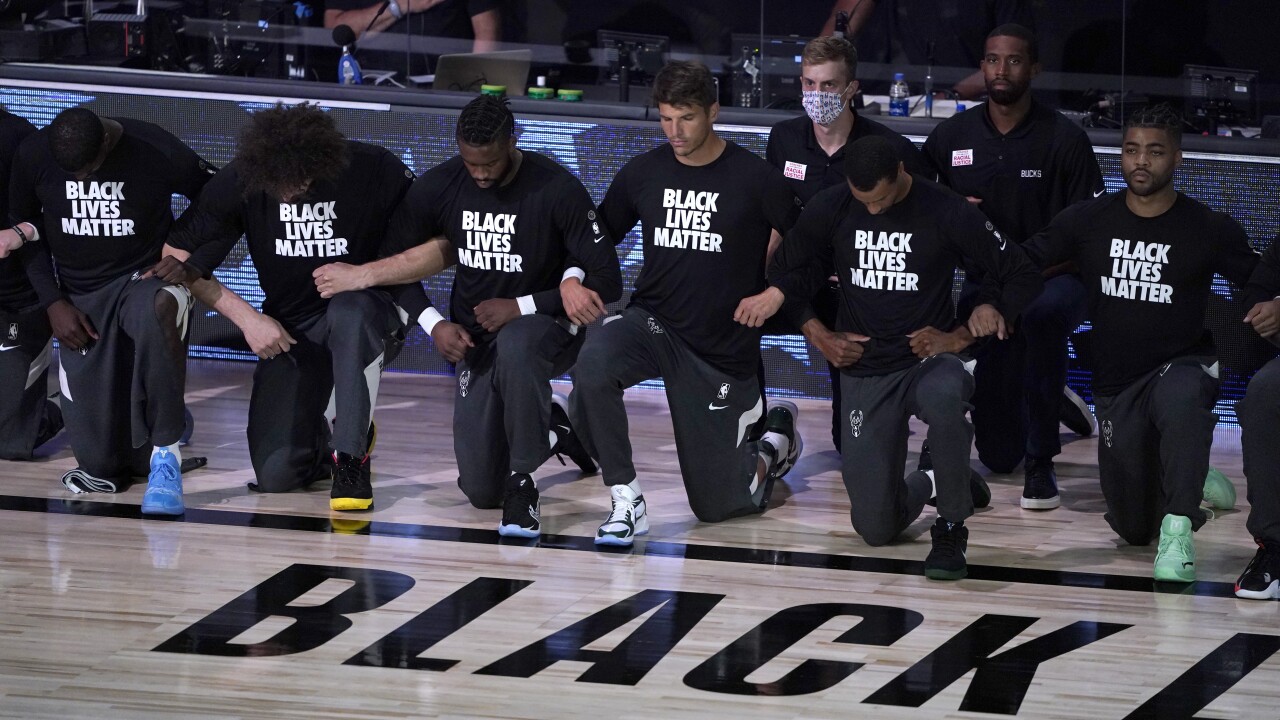 ORLANDO -- Players from both the Milwaukee Bucks and Boston Celtics knelt during the national anthem before Friday evening's game, the first of a nationally-televised doubleheader on ESPN.

As the anthem was played, all players and referees present on the court knelt down on one knee, a symbolic protest that has been seen more frequently in recent weeks among both NBA and MLB players.

Bucks and Celtics players and coaches kneel during the national anthem. pic.twitter.com/5PqeSb7r65

Before the game, Celtics head coach Brad Stevens told the media the act was meant to echo others' calls for racial equality.

"We want to take a knee because we're pushing for a higher ideal of equality, more justice, and we want to make sure we do our part in that."

"This isn't about the flag, this isn't about the troops," Stevens said, per The Athletic's Jared Weiss. "We are so thankful that our military has allowed us to do this to show that we care for a more just, more equal United States."

The game against the Boston Celtics is the first of eight that will determine the playoff seeding order for the NBA.