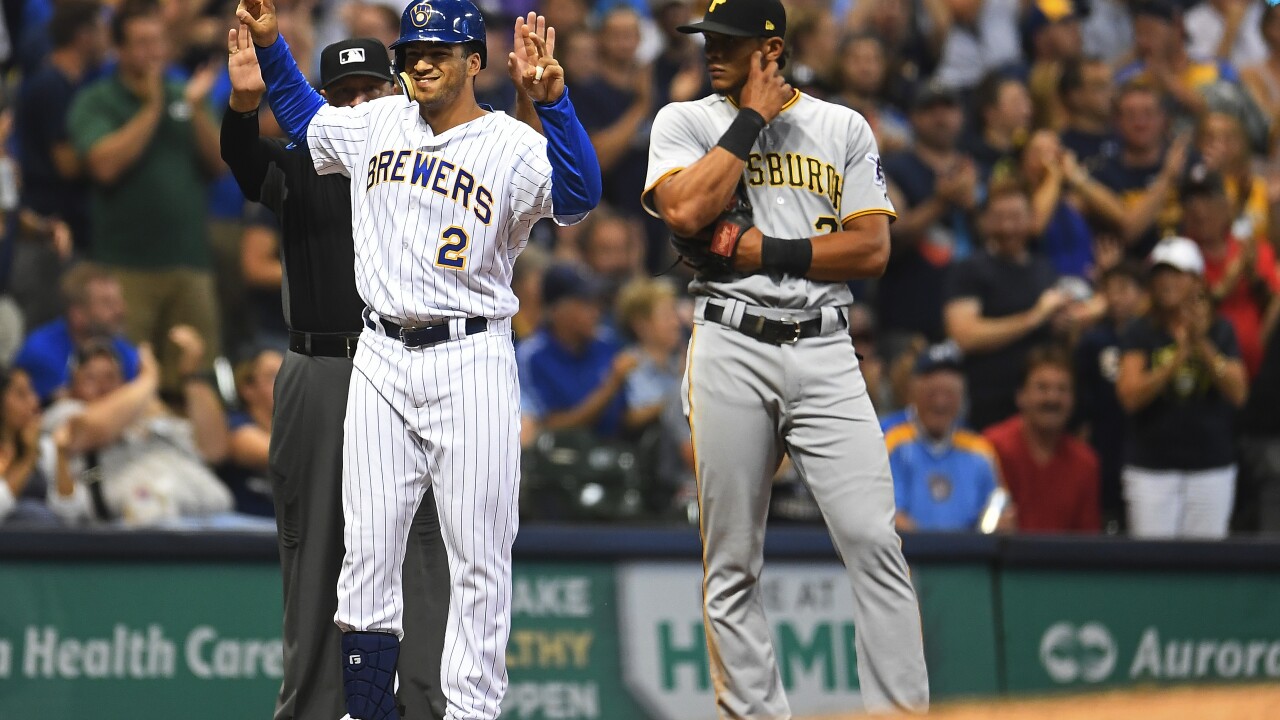 Milwaukee is 8-2 since NL MVP Christian Yelich broke his right kneecap on a foul ball and pulled two games ahead of the Cubs for the second wild card after Chicago fell to St. Louis 2-1 earlier in the day. The Brewers trail Washington by a game for the top wild card and are three back of the NL Central-leading Cardinals.

The Pirates fell to 65-89 with their seventh straight loss. The Brewers' final three regular-season opponents — Pittsburgh, Cincinnati and Colorado — began Friday a combined 203-256.

Anderson (7-4) allowed three hits, struck out four and walked one while matching his longest outing of the season. Anderson hadn't pitched past the fourth inning in his four previous outings.

Grisham, a 22-year-old rookie, tripled down the right field line as part of a four-run outburst in the seventh that put the game out of reach. Grisham entered an inning earlier as a pinch-hitter and walked during a three-run burst.

Outfielder Lorenzo Cain, who left Thursday's game against San Diego with a sore left ankle, returned to the leadoff spot. He drew a first-inning walk off Steven Brault (4-6), stole second and hustled home with a headfirst slide to score on Mike Moustakas' single.

Ryan Braun followed with his 400th career double and, after a strikeout, two more runs scored on a throwing error by shortstop Kevin Newman.

Keston Hiura's run-scoring single extended the Brewers' lead to 4-0 in the sixth. The Brewers tallied two more runs in the inning when Manny Pina was hit by a pitch and pinch-hitter Ben Gamel drew a walk, both with the bases loaded.

Adam Frazier's leadoff homer in the seventh against Milwaukee reliever Devin Williams broke up the shutout.

Pirates: C Jacob Stallings returned to the lineup after missing a week with back tightness.

Brewers: Manager Craig Counsell said trainers used various taping methods in an attempt to alleviate Cain's ankle pain. Cain has also dealt with thumb and knee soreness this season. ... RHP Brandon Woodruff, who experienced some arm soreness after his first outing in two months Tuesday after being sidelined with a left oblique strain, will make his next start Sunday. ... Yasmani Grandal returned to the lineup after resting Thursday. He started at first base and is expected to catch Saturday and Sunday.