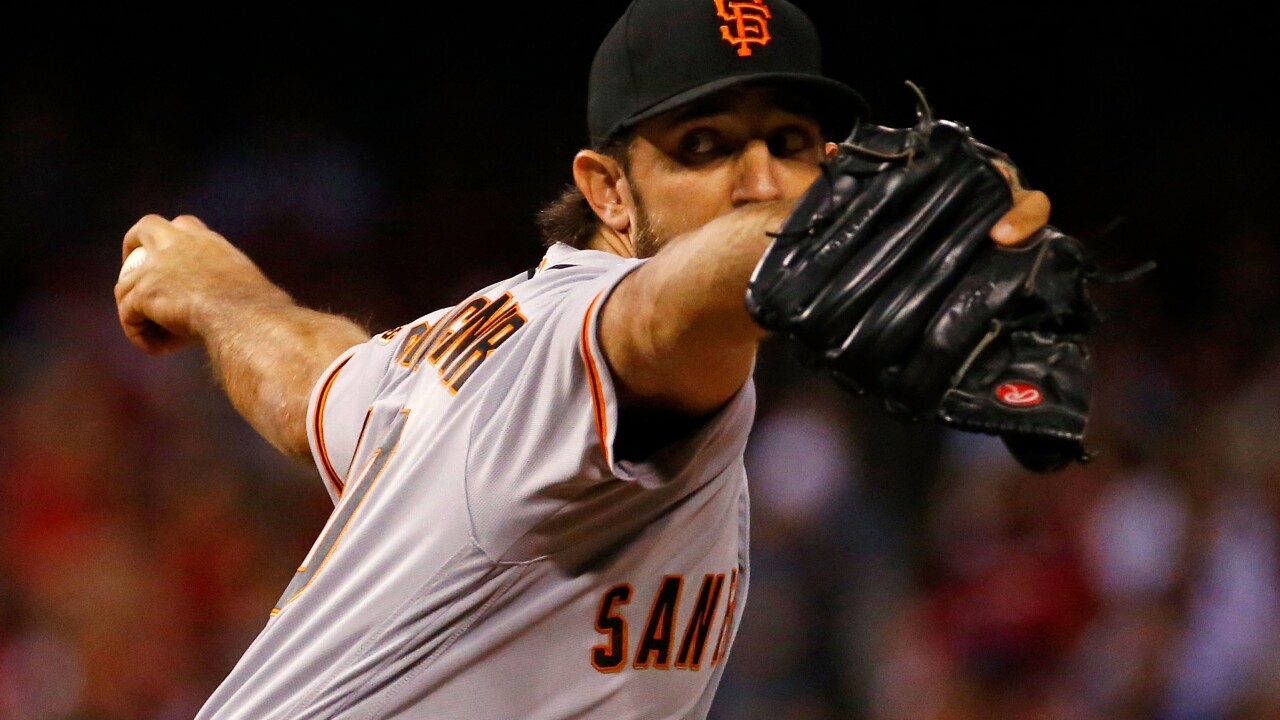 MILWAUKEE -- We are five weeks away from the beginning of Spring Training, but MLB off-season rumors surrounding the Milwaukee Brewers continue to surface.

Coming off one of the best season's in franchise history that contained an MVP award and NL Central title, the Brewers could be on the way to adding three-time World Series champion Madison Bumgarner, per MLB.com reporter Jon Morosi.

Sources: If the #SFGiants trade Madison Bumgarner this winter, the #Brewers are the most likely destination. My latest story on the discussions: https://t.co/Gk02Pfcu5W @MLBNetwork @MLB

The question now is, will the Brewers acquire a franchise altering player for just one season guaranteed?

Bumgarner is due $12 million next season and will be a free agent in 2020.

The Giants are still deciding whether they want to commit to a rebuild, or take the path the New York Mets took this off-season by acquiring talent to try and take down their division rivals.

If the Giants choose the rebuild route and trade their future Hall of Fame pitcher, it will cost David Stearns a good amount.

Chances are, it would cost them a top prospect like Keston Hiura or Corbin Burnes.

The reason being is because of the way the market is right now. On the other hand, Bumgarner's poor health these last couple seasons plays in the Brewers favor regarding what they would have to give up.

If Stearns pulls the trigger on a blockbuster deal for an ace, don't expect it to be the last big move he makes before the season begins.